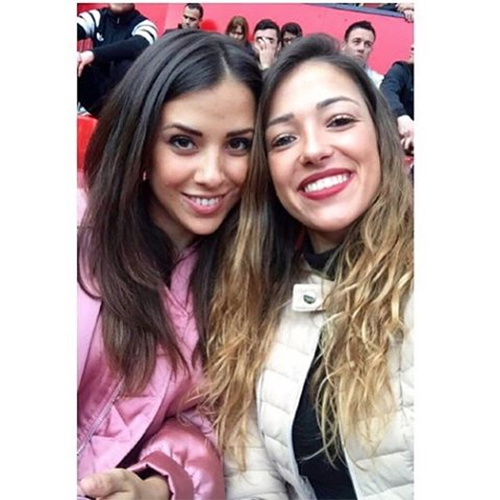 Morgan Schneiderlin and Matteo Darmian had the backing of their girlfriends on Tuesday night as Manchester United eased to a 3-1 victory over Bournemouth at Old Trafford.

However, neither Darmian nor Schneiderlin made Louis van Gaal’s match-day squad for the visit of the Cherries as Wayne Rooney, Marcus Rashford and Ashley Young all got on the score sheet.

The France midfielder moved to Old Trafford on the same weekend as the Italy defender. Scheinderlin completed a £25m switch from Southampton, while Darmian swapped Torini for United in a £12.5m deal.

And Schneiderlin’s fiance, who was the subject of a romantic proposal earlier this year, appears to have befriended Darmian’s girlfriend Francesca over the past 12 months at Old Trafford.

The two European beauties posed for a selfie at Old Trafford on Tuesday night as United finished their Premier League campaign on a high.

United can win the FA Cup for the first time since 2004 when they face Palace on Saturday.