Photo: New Arsenal signing all smiles at The Emirates 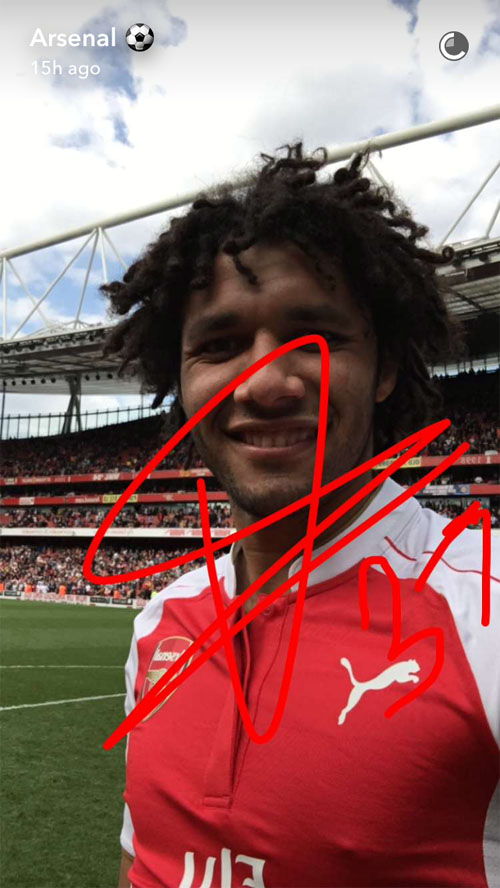 Mohamed Elneny snapped a triumphant selfie at The Emirates on Sunday after Arsenal’s 4-0 victory over Aston Villa.

The Egypt international was a second-half substitute in the Gunners’s comfortable victory over the Premier League’s basement side which secured a second-place finish ahead of Tottenham Hotspur.

Elneny scooped the Arsenal’s player of the month for April for the second successive month before kick-off at the Emirates Stadium on Sunday afternoon.

And the 23-year-old took charge of Arsenal’s Snapchat in the end-of-season celebrations on the pitch at The Emirates, posting the above selfie on their feed on the photo-sharing app.

The Arsenal defensive midfielder has scored one goal in 14 appearances in all competitions for Arsene Wenger’s side following his £8m move from Swiss champions Basel in the January transfer window.

Arsenal finished in second place and above north London rivals Tottenham Hotspur after a 4-0 win against Villa and Spurs lost 5-1 to Newcastle United.