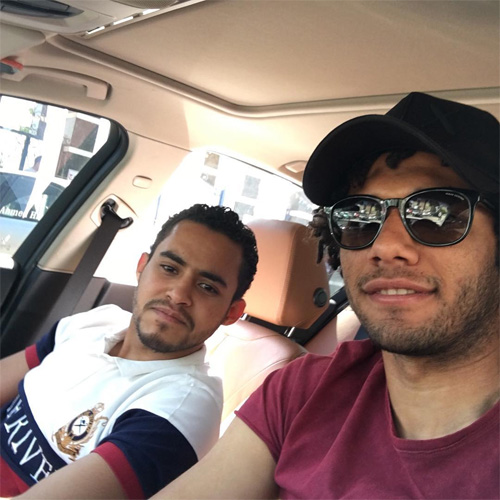 Mohamed Elneny was all smiles in Egypt with a friend as the Arsenal midfielder enjoyed some well-earned downtime.

The Egypt international was a second-half substitute in the Gunners’s comfortable 4-0 victory over the Premier League’s basement side Aston Villa on Sunday afternoon which secured a second-place finish ahead of Tottenham Hotspur.

Elneny scooped the Arsenal’s player of the month for April for the second successive month before kick-off at the Emirates Stadium after his £8m move to the north London side from Swiss champions Basel in the January transfer window.

But the 23-year-old was making the most of some free time on Wednesday afternoon after having returned to his homeland following the end of the Premier League season.

Elneny posted the above photo on his Instagram page and kept the caption short and sweet: “#Egypt ✌️”

The Arsenal defensive midfielder has scored one goal in 14 appearances in all competitions for Arsene Wenger’s side following his £8m move from Swiss champions Basel in the January transfer window.

Rene Meulensteen: This is what Man United have forgotten under Louis van Gaal