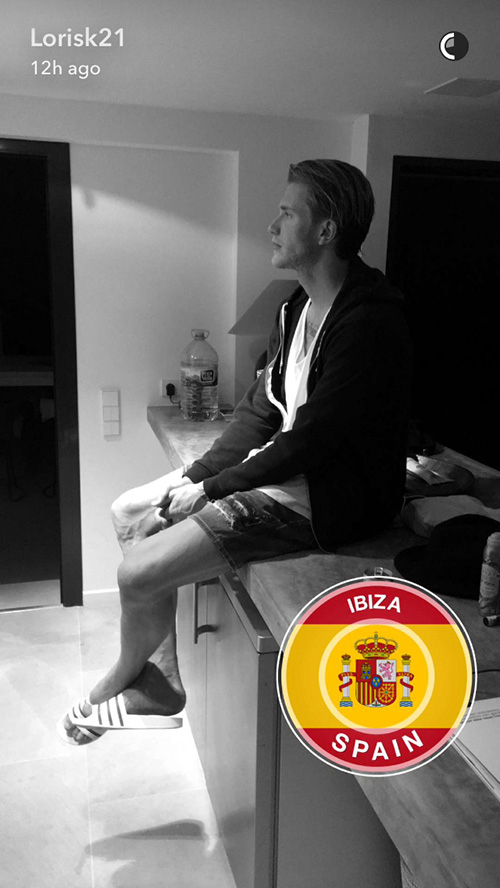 Loris Karius wasted no time jetting off to Ibiza with some friends as the new Liverpool signing relaxed ahead of his first season as the Reds’s number one.

The 22-year-old became Jurgen Klopp’s first summer signing after the 18-time English champions concluded a £4.7m deal for the Germany Under-21 shot stopper.

Karius has been handed Liverpool’s number one shirt after putting pen to paper on a five-year deal to become Klopp’s third signing as Reds manager.

The German shot stopper played for Manchester City during his youth career before he made the move to Bundesliga outfit Mainz in 2012.

And Karius headed off to sunny Ibiza to chill out with some friends ahead of his first season competing with Simon Mignolet to be Liverpool’s first-choice goalkeeper.

Liverpool finished in eighth place in the Premier League table and lost 3-1 to reigning champions Sevilla in the Europa League final.