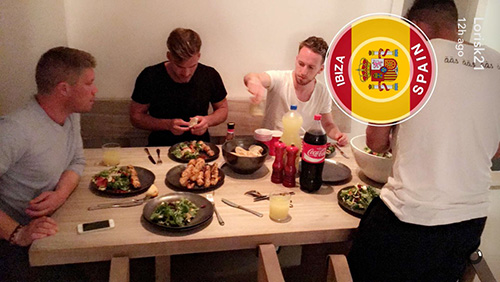 Loris Karius enjoyed a tasty dinner with friends as the Liverpool signing celebrated his Anfield transfer with a trip to Ibiza.

Karius, who previously played for Manchester City’s youth team, put pen to paper on a five-year deal with the 18-time English champions as Klopp bolsted his goalkeeping options at Anfield.

The 23-year-old was also handed the number shirt, perhaps a sign that Simon Mignolet’s days could be numbered at the Merseyside outfit after an error-strewn three-year spell as Reds’s first-choice goalkeeper.

And Karius treated himself to a sunny holiday in Ibiza with some friends as they tucked into some grub.

Liverpool finished in eighth place in the Premier League table following a 1-1 draw with West Brom on the final day of the season.

Pat Nevin: This is what Jose Mourinho will bring to Man United