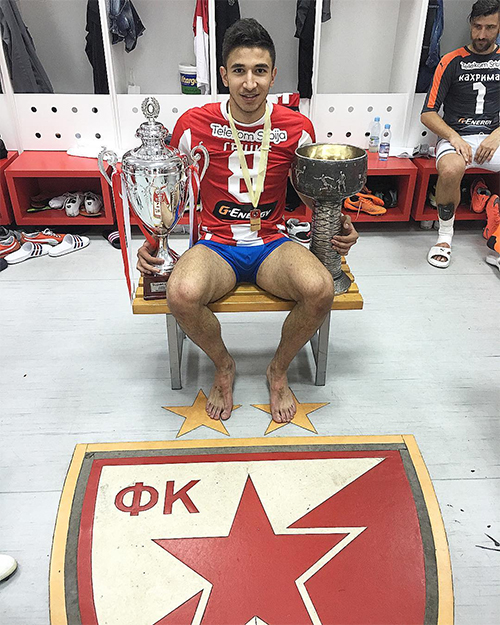 Marko Grujic posed with his impressive trophy haul as the Serbian playmaker prepared to swap Red Star Belgrade for Liverpool this summer.

Proving that anything Manchester United can do, the 20-year-old can do better, Grujic showed off the Serbian league title and domestic up trophies in an Instagram photo.

The Serbia international agreed a deal to join the 18-time English champions in the January transfer window before the Reds loaned him back to Red Star, helping them to finish off the season in style.

And Grujic captained his boyhood club for the first time earlier this month as he scored a brilliant individual goal in the process to finish his time Red Star spell in style.

The Serbia international put pen to paper on a deal with the 18-time English champions in the January transfer window after Liverpool completed a £5.1m deal to sign the Red Star midfielder.

The Reds decided to send their new signing back on loan at the Serbian club until the end of 2015/16 campaign when Grujic will complete his highly-anticipated move to Anfield.