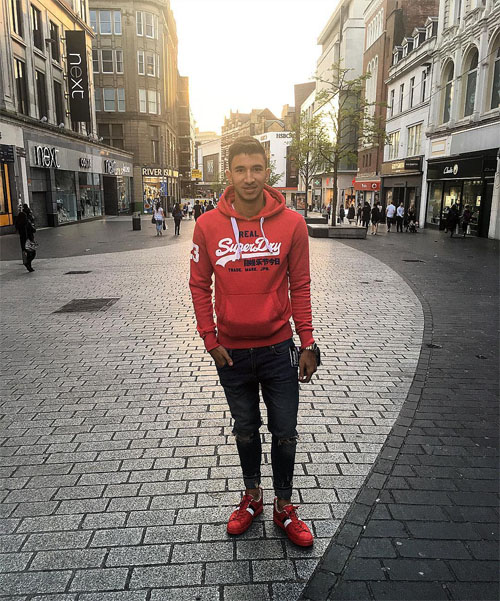 Marko Grujic has already embraced the Liverpool ethos ahead of his summer move to Anfield after the Reds lost 3-1 to Sevilla on Wednesday night.

The 18-time English champions appeared to be heading for their first trophy under Jurgen Klopp after Daniel Sturridge broke the deadlock in the first half in Basel.

However, Kevin Gameiro levelled shortly after half-time before Koke scored twice in six second-half minutes to put Sevilla 3-1 up with 20 minutes remaining.

Even the introduction of Christian Benteke and Divock Origi couldn’t inspire a Liverpool resurgence as the five-time European Cup winners were left disappointing.

But Grujic, who agreed to join Liverpool from Red Star Belgrade last summer, dedicated the below Instagram message to his new employers.

The Serbian teenager agreed a deal to join the 18-time English champions in the January transfer window after Liverpool paid Red Star Belgrade £5.1m to acquire the exciting prospect’s services.

The 20-year-old remained on loan with his boyhood club until the end of the 2015/16 season, winning the Serbian league crown.