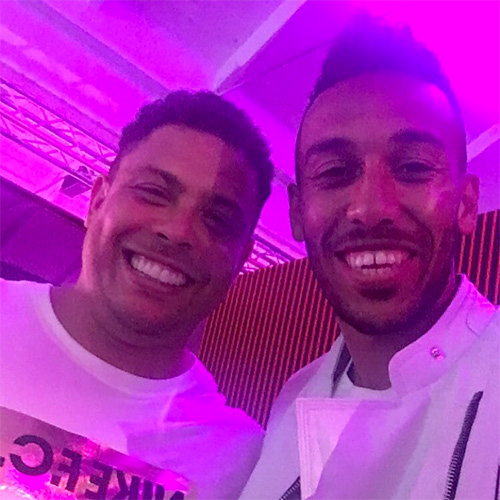 Pierre-Emerick Aubameyang was all smiles with Brazil and Real Madrid legend Ronaldo amid ongoing speculation linking the striker with a move to Arsenal and Manchester United.

The Gabon international was heavily linked with a move to the Gunners over the weekend after his national team manager claimed that the Borussia Dortmund striker was in the process of moving clubs.

However, the 26-year-old was photographed at Real Madrid’s penalty shootout victory over Atletico Madrid in the Champions League final, which inevitably prompted reports that a move to Los Blancos could be on the cards.

But Aubameyang looked to put ongoing uncertainty surrounding his Borussia Dortmund future behind him as he posed for a selfie with Brazil legend Ronaldo at an event on Monday night.