Alexis Sanchez has got himself a new trim ready for the Copa America... 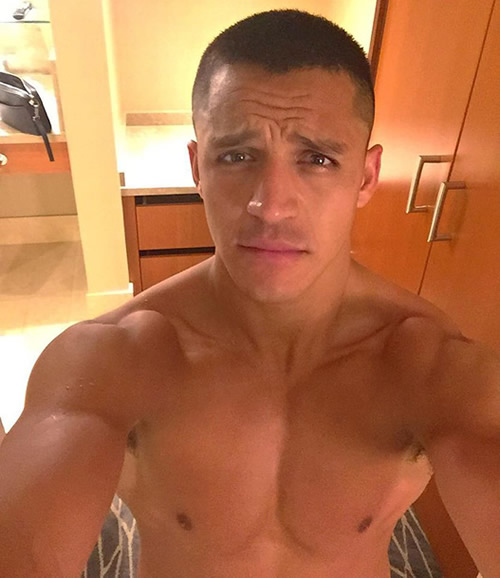 Alexis Sanchez has got himself a fresh haircut for the summer as he and his Chile team-mates prepare for their Copa America campaign.

The Chile international has been one of the Premier League’s standout performers since his arrival at Arsenal from Barcelona in the summer of 2014.

Sanchez helped Arsenal win the FA Cup title in his first season at Emirates Stadium but was forced to finish his second campaign without a trophy after the north London side ended up second in the Premier League table.

However, the forward will still be hoping to end the season with some silverware as he and his team-mates prepare for the Copa America tournament.

And the 27-year-old showed off a new trim on Sunday morning as he snapped the selfie above in his hotel room.