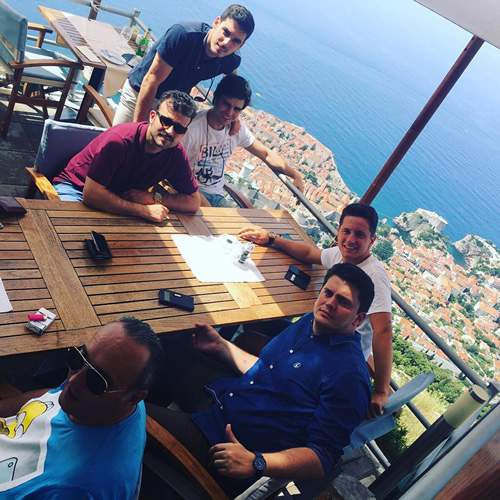 Ander Herrera looks to be paying no attention to the speculation surrounding his future at Manchester United beyond the summer.

The Spanish midfielder is currently on holiday after helping the Red Devils to win the FA Cup under Louis van Gaal last season.

Herrera’s situation at Old Trafford has been a source of some speculation in recent weeks following Jose Mourinho’s appointment as the club’s new manager last month.

Reports in the British media have suggested that the midfielder could be on his way out of Old Trafford under Mourinho’s orders, along with the likes of Memphis Depay and Juan Mata.

However, the Spaniard does not appear to be letting the uncertainty around his future affect his summer break to Croatia with his friends.