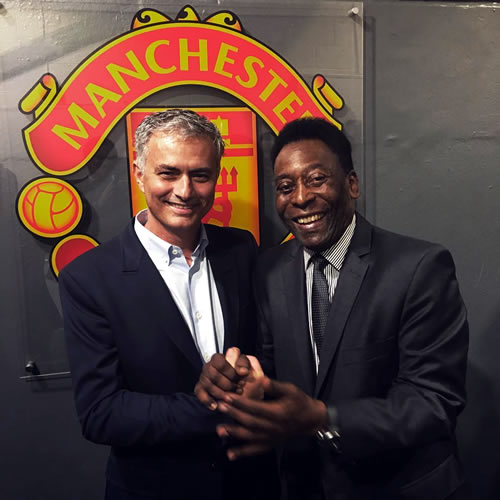 Jose Mourinho posed for a picture with Pele on Sunday evening as the Portuguese coach prepared to watch his first game at Old Trafford since his appointment as Manchester United’s new manager.

The former Chelsea boss has signed a three-year contract to become the Red Devils’ new manager after the club opted to sack Louis van Gaal at the end of the season.

Mourinho is already thought to be working hard on potential new signings as looked to revamp his squad ahead of his first season in charge at the club.

And the former Inter Milan and Real Madrid manager seemed to be in good spirits as he posed for a picture with Brazilian icon Pele ahead of Sunday’s Soccer Aid match at Old Trafford.

Mourinho posted the picture above on his new personal Instagram account and wrote: “An honour to host Pele at my new house.”