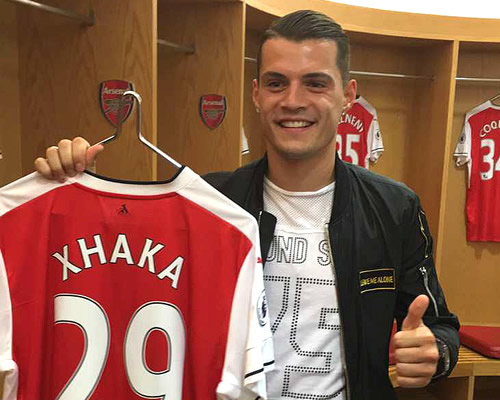 Granit Xhaka finally put pen to paper on his contract with Arsenal on Monday after formally completing his transfer to the north London club.

The Switzerland international was given a guided tour of Emirates Stadium for the first time as he got used to his new surroundings.

The 23-year-old has become Arsenal’s first signing of the summer transfer window as Arsene Wenger moved quickly to bolster his midfield options at The Emirates.

The Gunners continue to be linked with a host of other players but Xhaka is currently the only deal to be officially confirmed by the Gunners. 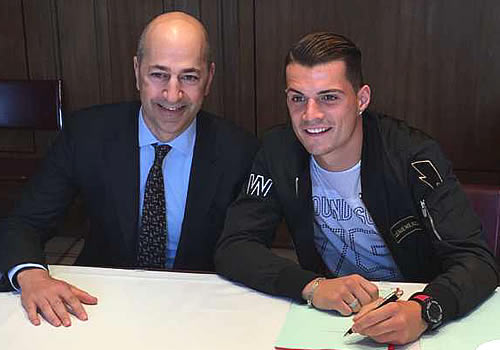 The midfielder looked to be in good spirits as he was shown around The Emirates by club staff and put pen to paper on his contract alongside Arsenal chief Ivan Gazidis.

Xhaka flew to London on Monday after Switzerland were knocked out of Euro 2016 over the weekend. 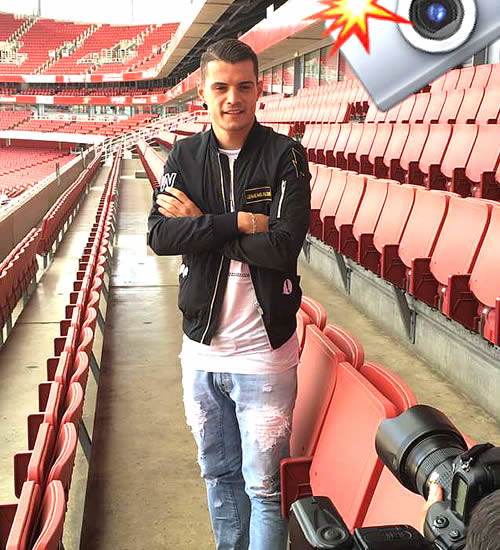 Granit Xhaka was given a tour of The Emirates on Monday afternoon Photo: Arsenal / Snapchat