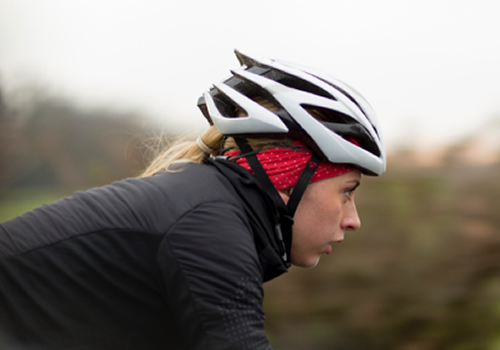 Laura Trott is a double Olympic gold medallist from London 2012

It comes as no surprise that hard work and discipline are just two of the keys behind any Olympic athlete’s success.

But for all of the early starts and long training sessions, it is sometimes easy to forget that elite-level athletes need to be able to switch off and relax just like the rest of us.

Double Olympic gold medallist Laura Trott knows all about the sacrifices needed to make it at the top level after her rise to prominence at London 2012.

Trott, an official DFS brand ambassador, won omnium and team pursuit gold on home soil as the country was swept by Olympic fever four years ago.

However, the 24-year-old is quick to admit that she loves to spend her free time unwinding at home and putting the rigours of the track to one side.

Her favourite way of relaxing at home after stepping out of the lycra? Chilling on the sofa in front of the latest episode of EastEnders.

Indeed, Trott was even proposed to by fellow British Olympic cycling star Jason Kenny on the comfort of a sofa.

Trott is, of course, now firmly focused on her preparations for this summer’s Rio 2016 Olympics in Brazil, and the British cycling star admits that it is her dogs she’ll miss most while away.

She also stressed the importance of having her friends and family around her to help keep her grounded and focused.

“It’s really important to feel normal,” explained Trott as he discussed her favourite ways to unwind when not in competition or training.

DFS have been working with some of Great Britain’s rising Olympic stars to give a glimpse into their lives away from the limelight and the importance of rest and relaxation lead-up to the Rio 2016 Olympics.

As well as Trott, DFS have also been catching up with gymnastics star Max Whitlock and swimmer Adam Peaty.

“At DFS, we know the importance of home,” said a DFS spokesperson. “The value of proper rest and relaxation can be sometimes overlooked, but it has the power to make us truly great.

“The athletes we’ve been working with have shown us that, and we can’t wait to bring that ‘home’ feeling to Rio for all of Team GB. Talent made in Britain, starts at home.”

As part of their campaign to help Britain’s athletes relax away from the limelight, DFS recently unveiled The Britannia, a specially designed, limited edition sofa that celebrates Team GB and provides a centre piece to British House: the home of the team in Rio.