The Arsenal new boy has got his wish! 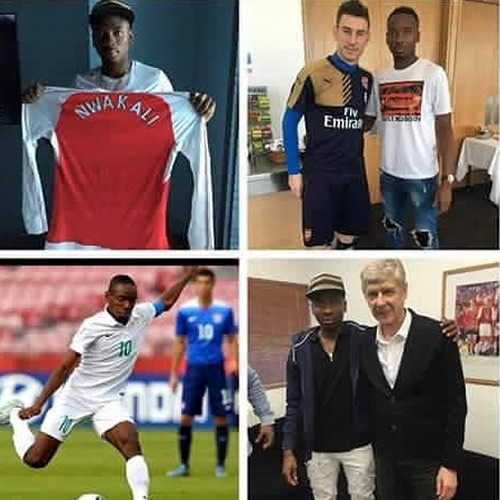 Kelechi Nwakali has been handed the number 25 shirt by Arsenal, according to reports.

The Nigeria Under-20 international announced last week on social media that he had completed his move to Emirates Stadium after months of speculation linking him with the transfer.

The midfielder was set to sign for the Gunners back in January but the deal was put on hold until he turned 18 on 5 June due to Fifa regulations.

Now, however, it appears that the deal has finally gone through.

And the teenager has apparently been given the number 25 shirt by the Gunners, the same number worn by former Arsenal star Kanu.

Emeka Amajiriaku, the head of the ASJ Academy, is quoted as saying by Metro: “Arsenal have informed us that Kelechi has been handed the number 25 jersey.

“He was trying to get that number because of Kanu, so he’s happy they gave it to him.”

It is thought that Nwakali – who was also linked with Manchester City and Bayern Munich – will join up with the Arsenal Under-21 side ahead of next season.

Arsenal are believed to be on the lookout for a number of other new signings this summer as Wenger looks to revamp his squad ahead of next season.