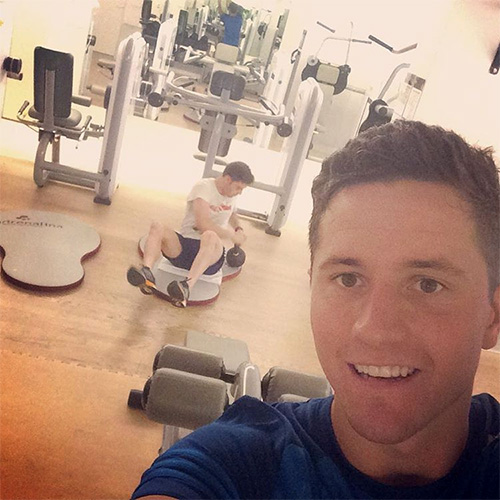 Ander Herrera looked to impress Jose Mourinho with his work ethic as the Manchester United midfielder posted a photo of his workout on Thursday afternoon.

The Red Devils star was omitted from Vicente Del Bosque’s Spain squad for Euro 2016 along with his club team-mate Juan Mata after a tough season for the United pair.

However, Mourinho’s appointment as Louis van Gaal’s successor has triggered a fresh wave of optimism at Old Trafford ahead of the 2016/17 Premier League campaign.

And the former Athletic Bilbao midfielder, who has been linked with a move away from the 20-time English champions in recent months, posted a photo of his workout colleague in the gym on Thursday night.

Herrera wrote the following caption to accompany his selfie: “Is getting closer … Bit of work with @paul_alcolea ⚽️”

United finished in fifth place in the Premier League table.