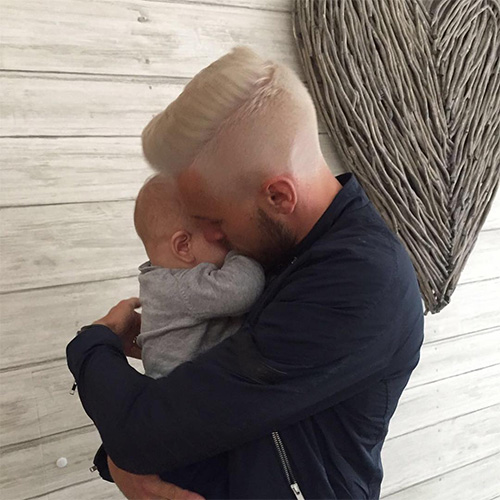 Aaron Ramsey won’t go missing during Euro 2016 this summer after the Arsenal midfielder showcased his shocking new haircut on Instagram.

The Wales international is set to get his first taste of a major tournament as Chris Coleman’s side bid to get past England, Russia and Slovakia and reach the knockout stages of the tournament.

Ramsey, who spoke of his desire to play for Barcelona in the future last week, endured a mixed season for the Gunners after finishing with five goals and four assists in 31 Premier League games.

And the 25-year-old looks to have taken a leaf out of the 1998 Romania squad’s haircut book after dying his hair platinum blonde as he cuddled his son ahead of the European championship in France.

Ramsey posted the above photo and wrote: “My boy”

The Welsh midfielder will wear the number eight shirt in the Premier League next season after it was vacated by outgoing captain Mikel Arteta.