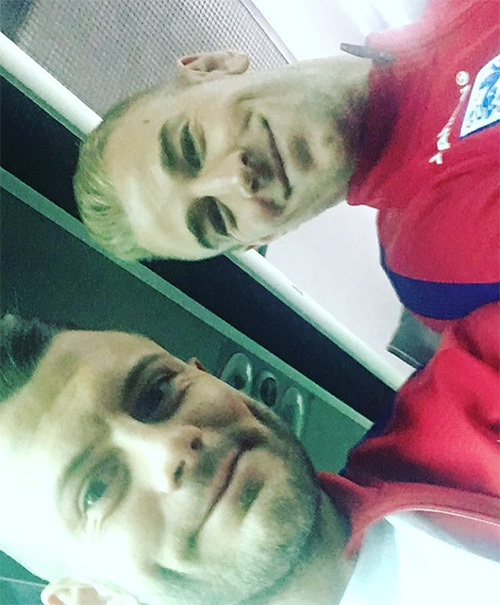 Jack Wilshere was all smiles with Joe Hart after the Arsenal midfielder was named in Roy Hodgson’s 23-man England squad for this summer’s Euro 2016 tournament.

The Gunners midfielder started just one Premier League game in the 2015/16 season due to injury after Wilshere completed 90 minutes of Arsenal’s 4-0 victory over Aston Villa on the final day of the season.

The England midfielder did make substitute appearances against Norwich City and Manchester City in Arsenal’s final games of the season after missing most of the campaign with a foot injury.

So no wonder the Arsenal midfielder was in great form as he posed for a photo with City and England number one Hart shortly after Hodgson’s announcement.

Wilshere posted the above photo and wrote: “Good training session this morning. Another day closer to the start of @uefaeuro back to the hotel to rest now @joehartofficial #ENG”

Ray Wilkins: What Jose Mourinho must do differently at Man United