Michy Batshuayi looks like he is on his way to Chelsea... 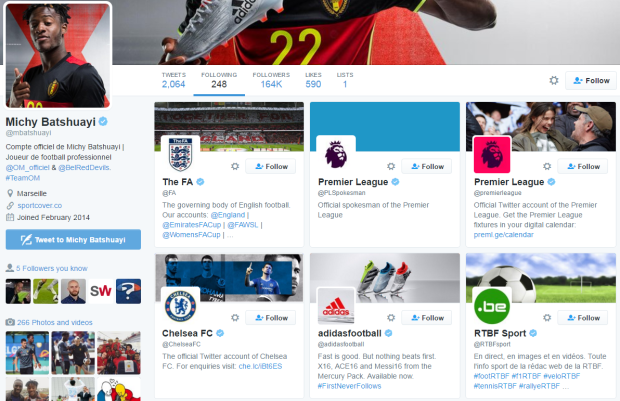 Michy Batshuayi appears to have dropped a huge hint that he is set to sign for Chelsea in the summer transfer window – by following the west London club on Twitter.

The Blues have been heavily linked with a move for the forward in recent days as Antonio Conte prepares for his first season in charge at Stamford Bridge.

There have been reports in the British media that the Belgium striker has already undergone his medical with Chelsea ahead of his proposed £33m move to Stamford Bridge.

And his latest move on social media (pictured above) seems to indicate that he could well be Conte’s first signing at Chelsea this summer.

Chelsea are thought to be on the lookout for a number of new signings this summer as they prepare for their new season under Conte.

The Italian coach is set to take over at Stamford Bridge after the conclusion of Euro 2016.