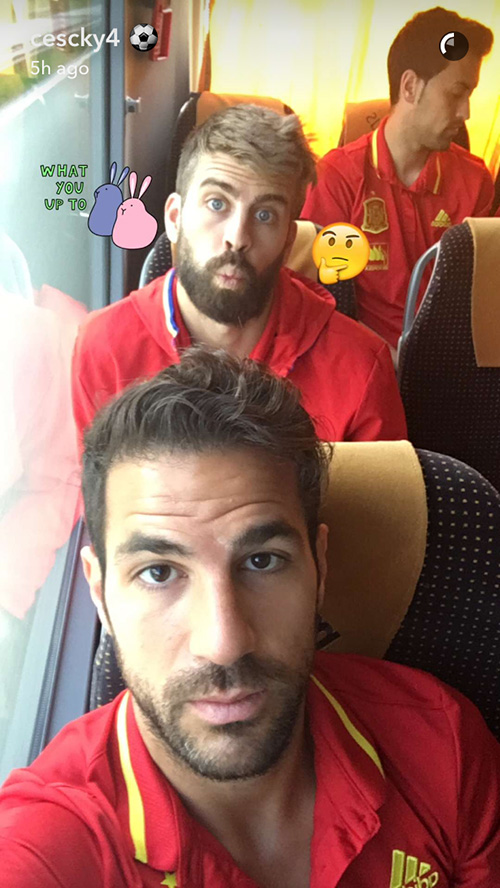 The Chelsea midfielder has been included in Vincente del Bosque’s Spain squad for this summer’s Euro 2016 tournament as La Roja look to defend their crown for a third successive tournament.

Fabregas was part of the previous two Spain squads that won the European championship before their dismal showing at the most-recent World Cup in Brazil.

The Spanish midfielder endured a difficult second season at Chelsea following his £27m move to Stamford Bridge from Barcelona in 2014.

However, ex-Arsenal player Fabregas appeared to be in high spirits on international duty as he larked about with Barcelona defender Pique.

The 29-year-old Spanish midfielder scored five goals and made seven assists in 37 Premier League games for the west London side last season.