Photo: Matteo Darmian all smiles with his girlfriend amid Man United reports 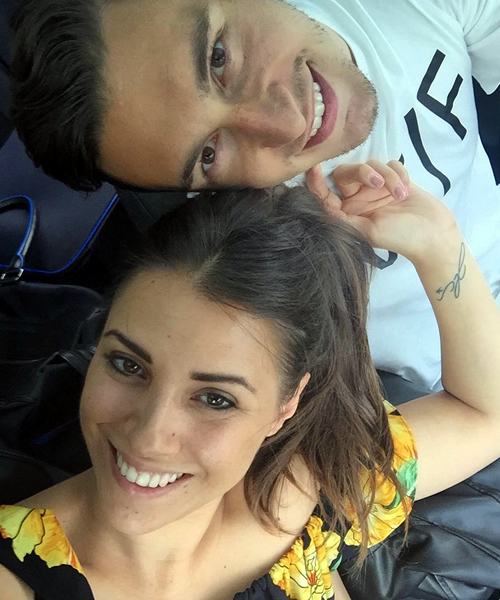 Matteo Darmian looked to be fully relaxed as he posed for a selfie with his girlfriend ahead of Euro 2016.

The defender’s future has been a source of speculation in recent days following Jose Mourinho’s appointment as Manchester United’s new manager.

Darmian was a regular fixture in the Manchester United first-team last season after joining the club from Torino as one of Louis van Gaal’s summer recruits.

However, the Italy international’s future beyond the summer appears to be unclear, with some reports in the media claiming that Mourinho could be willing to show Darmian the exit at Old Trafford after just one season at the club.

Some reports have also suggested that Mourinho is prepared to offload Darmian as part of a swap deal to bring Paul Pogba to Old Trafford from Juventus this summer.

However, the defender looked relaxed with his girlfriend Francesca Cormanni as he prepared to jet off to report for international duty ahead of Euro 2016.