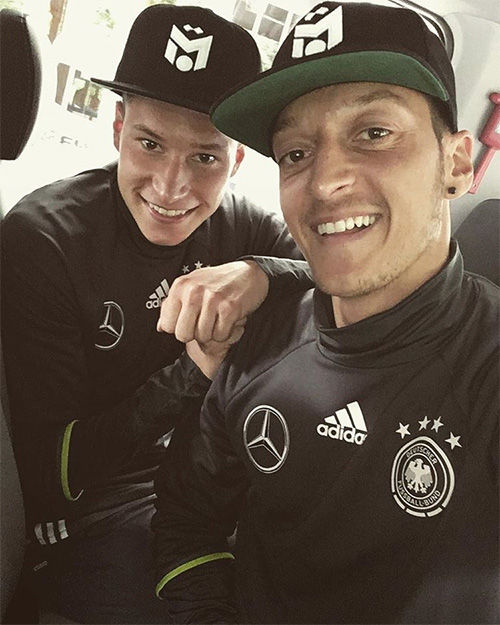 Mesut Ozil was all smiles with Julian Draxler as the Germany star posed for a selfie with the former Arsenal target.

The Wolfsburg forward was one of the standout performers in Germany’s 1-0 victory over Ukraine in their Euro 2016 opener on Sunday evening.

Draxler moved to the Wolves from Schalke in a £30m deal last summer despite interest from Premier League giants Arsenal and Serie A champions Juventus.

The 22-year-old scored five times and made five assists in 21 Bundesliga games for Wolfsburg in his first season at the club.

And Draxler looked to be happy to be involved in Joachim Low’s set up as he posed for a photo with Arsenal’s club-record signing Ozil.

The Gunners star posted the above photo and wrote on his Instagram page:

Ozil moved to Arsenal in a club-record £42.5m deal from La Liga giants Real Madrid in 2013.

The German scored six goals and made 19 assists for the Gunners last term.