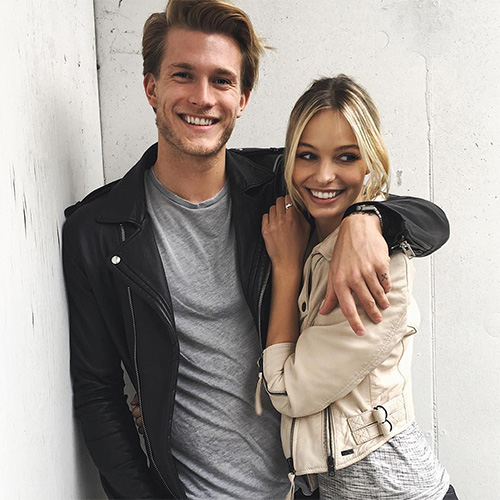 Loris Karius was all smiles with his stunning girlfriend as the new Liverpool signing posed for an Instagram photo on Wednesday.

Jurgen Klopp signed the Mainz goalkeeper in a £4.7m deal last month after weeks of intense speculation linking Karius with a move to the Merseyside outfit.

Germany Under-21 international Karius was handed the Liverpool number one shirt after putting pen to paper on a reported four-year deal with the Anfield outfit.

Karius has been enjoying some summer holidays in Ibiza and his native Germany over the past few weeks ahead of his first pre-season as a Liverpool player.

And the Reds shot stopper was all smiles as he posed with his arm around his stunning girlfriend Anne Liealpart for a stylish Instagram snap.

Liealpart wrote the following caption on the photo-sharing app: “🎈🎊💝💯 #KeepOnShining 🔥😘”

Karius was previously part of Manchester City’s youth set up.