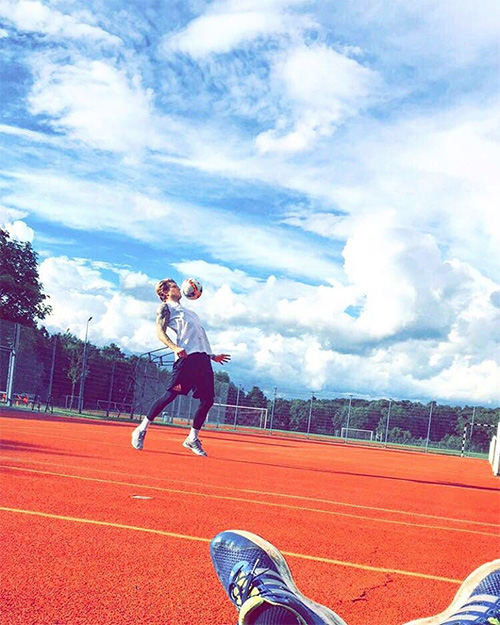 Loris Karius is keeping sharp ahead of his first Premier League season as Liverpool number one.

The Germany international moved to the Merseyside outfit in a £4.7m deal from Bundesliga side Mainz in May as Jurgen Klopp strengthened his goalkeeping options.

The 22-year-old, who signed a five-year deal with the Reds, was handed the No1 shirt in a sign that perhaps Simon Mignolet’s days could be numbered at Anfield.

Karius kept his Instagram and Snapchat followers updated on his exploits in Ibiza during a recent holiday after a long Bundesliga season.

However, the shot stopper was keeping himself ticking over as the Liverpool man showed off his footie skills in a post on social media on Sunday afternoon.

Karius posted the above photo and wrote: “Getting ready ⚽️ #LK1”

Liverpool lost 3-1 to La Liga side Sevilla in the Europa League final in Basel last month.