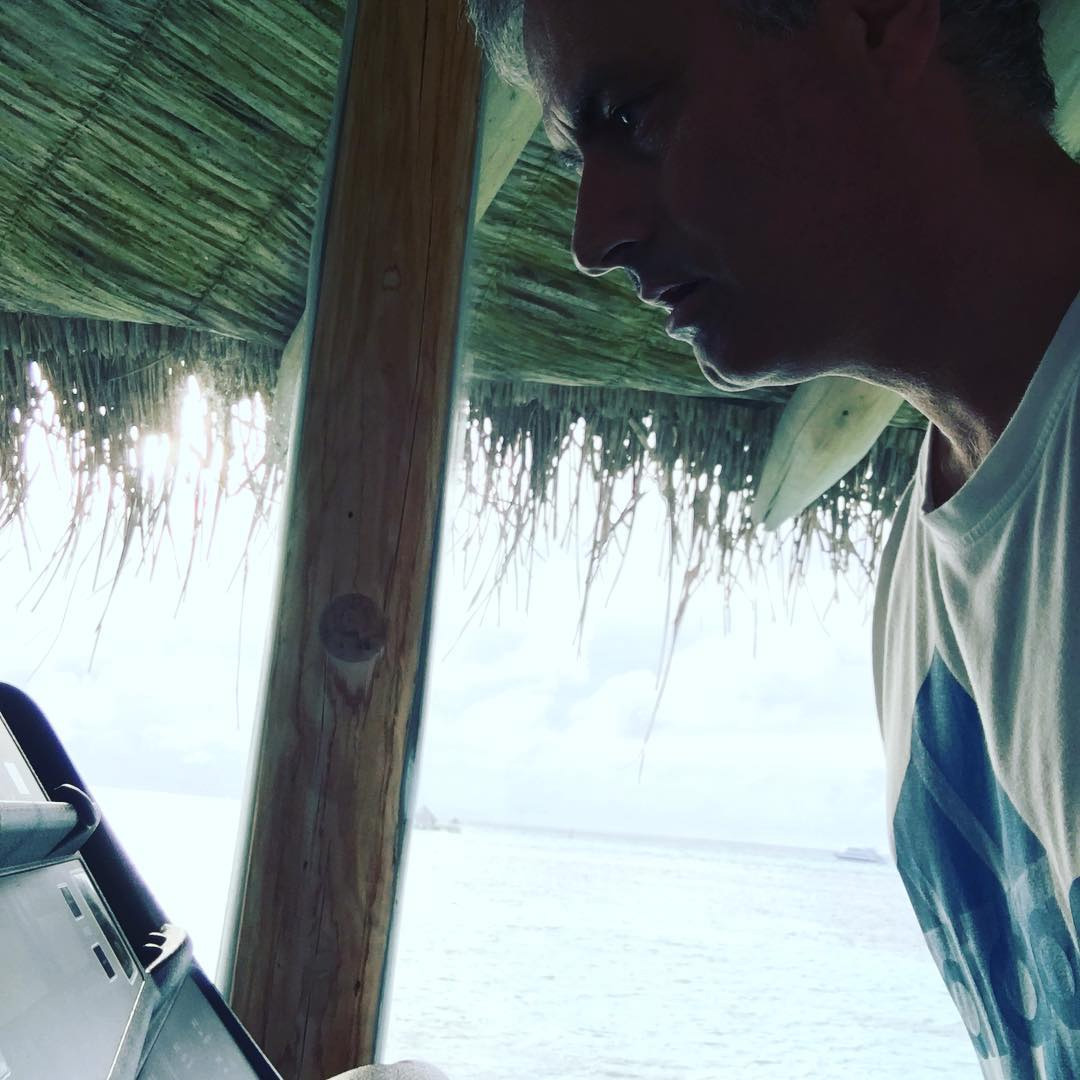 Jose Mourinho looked to be doing some cardio ahead of his first pre-season as Manchester United manager.

The 53-year-old took over the reins at Old Trafford in May after United sacked Louis van Gaal following a fifth-place finish in the Premier League table.

Mourinho has already been hard at work in the summer transfer window after he signed Ivory Coast defender Eric Bailly in a £30m deal from La Liga side Villarreal earlier this month.

The United manager is being heavily linked with a move to sign France and Juventus midfielder Paul Pogba in recent weeks, while Borussia Dortmund midfielder Henrikh Mkhitaryan is thought to be another top target for the 20-time English champions.

However, Mourinho was taking a break from planning for his first season as United manager on Wednesday after what appeared to be an impromptu cardio session with an exotic back drop.

The Red Devils won the FA Cup last season after a 2-1 extra-time victory over Crystal Palace.