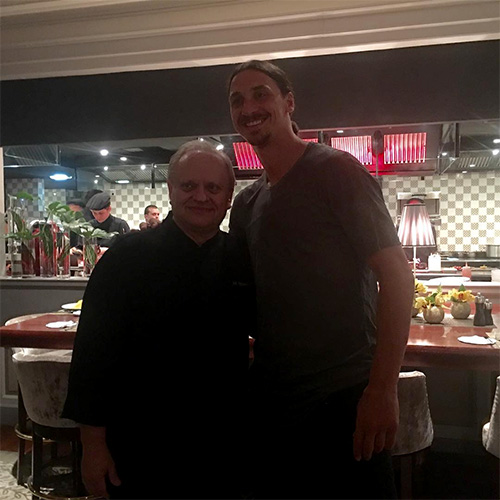 The Sweden international has yet to reveal where he will be playing next season after the 34-year-old called time on his Paris Saint-Germain career at the end of the 2015/16 Premier League season.

Ibrahimovic endured a miserable Euro 2016 campaign as the United target failed to find the net in three games as the Swedish were only able to collect a point against the Republic of Ireland.

The Red Devils are the favourites to sign the experienced ex-AC Milan striker after the appointment of his former manager Jose Mourinho as Louis van Gaal’s successor.

And the United target revealed that he will be bringing his personal chef with him to his next club, although Ibrahimovic stopped short of confirming his next career stop.

Ibrahimovic posted the above photo on his Instagram page and wrote: “I will bring my chef from Paris with me to my next destination @joel.robuchon”