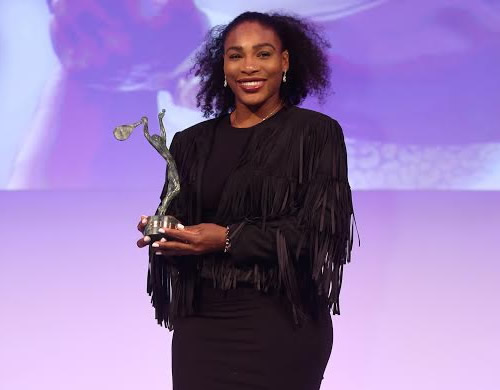 Serena Williams poses with her award in Paris Photo: ITF

It may have been a gloomy and damp day—week even—in Paris, but Tuesday evening at the Pavillon Cambon Capucines was lit up by one of the tennis highlights of the year, the presentation of the ITF World Champion Awards.

For the fourth straight year, and sixth time overall, world No1 Serena Williams won the women’s award, and picked it up in person despite a long and frustrating day at Roland Garros in the vain hope that her fourth-round match, scheduled second on Philippe Chatrier court, would get under way. The day’s play was finally abandoned at around 6pm. 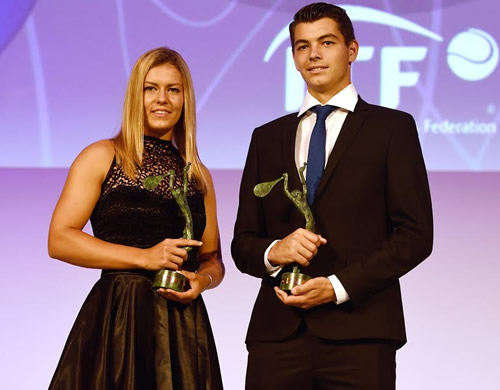 For the fifth consecutive year, Novak Djokovic was the Men’s Champion. After an even more demanding day at the office—he began his fourth-round match against Roberto Bautista Agut an hour late due to the wet conditions, was called off, resumed play, and was rained off at 4-1 in the third set having lost the first—the top-ranked Serb star was represented at the ceremony by his uncle Goran Djokovic.

In men’s doubles, there was a changing of the guard, with Jean-Julien Rojer and Horia Tecau dethroning the Bryan brothers, who had won the award in 11 of the last 12 years, while on the women’s doubles side, Martina Hingis—who won the women’s singles world champion title three times—and Sania Mirza were this year’s champions, halting a three-year run by the Italian duo Sara Errani and Roberta Vinci. 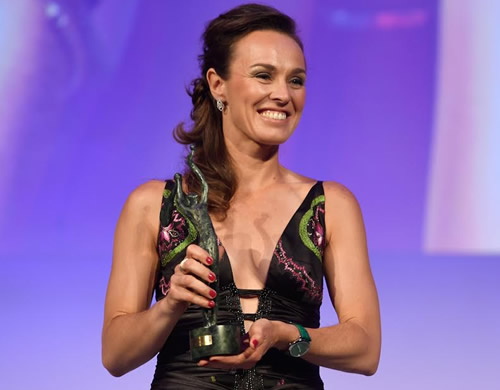 Martina Hingis poses with her award in Paris Photo: ITF

Picking up the ITF’s most prestigious accolade, the Philippe Chatrier Award, was Brad Parks, the American founder of wheelchair tennis, which celebrates its 40th anniversary this year. The sport became fully integrated into the ITF in 1998, making wheelchair tennis the first disability sport to achieve such a union at international level.

On the junior side, Taylor Fritz and Dalma Galfi were champions, while wheelchair champions were Shingo Kunieda and Jiske Griffioen.

The champion nations of Davis Cup and Fed Cup, Great Britain and the Czech Republic, were also honoured. 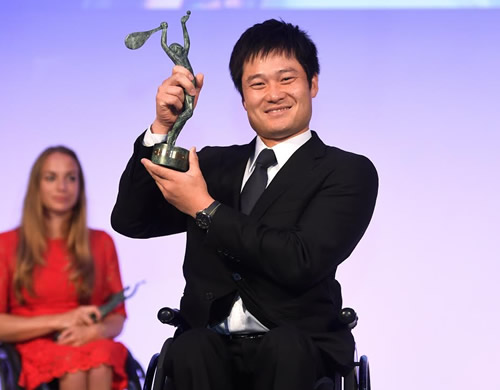 The evening also saw the presentation of the third ITF Seniors Award for Outstanding Achievement to King Van Nostrand of USA. The 81-year-old is one of the most decorated senior players in history and has won 10 World Individual Singles titles, ten World Individual Doubles titles and 16 World Team Championships.

Williams opens a packed schedule Wednesday morning in her fourth round against No18 seed Elina Svitolina, and is followed onto Philippe Chatrier by Djokovic and Bautista Agut. They are followed immediately by two quarter-finals: first Andy Murray against Richard Gasquet, then Sam Stosur against Tsvetana Pironkova.

French Open 2016: QF hopes for Halep and Radwanska dashed in rain, but Stosur surges on