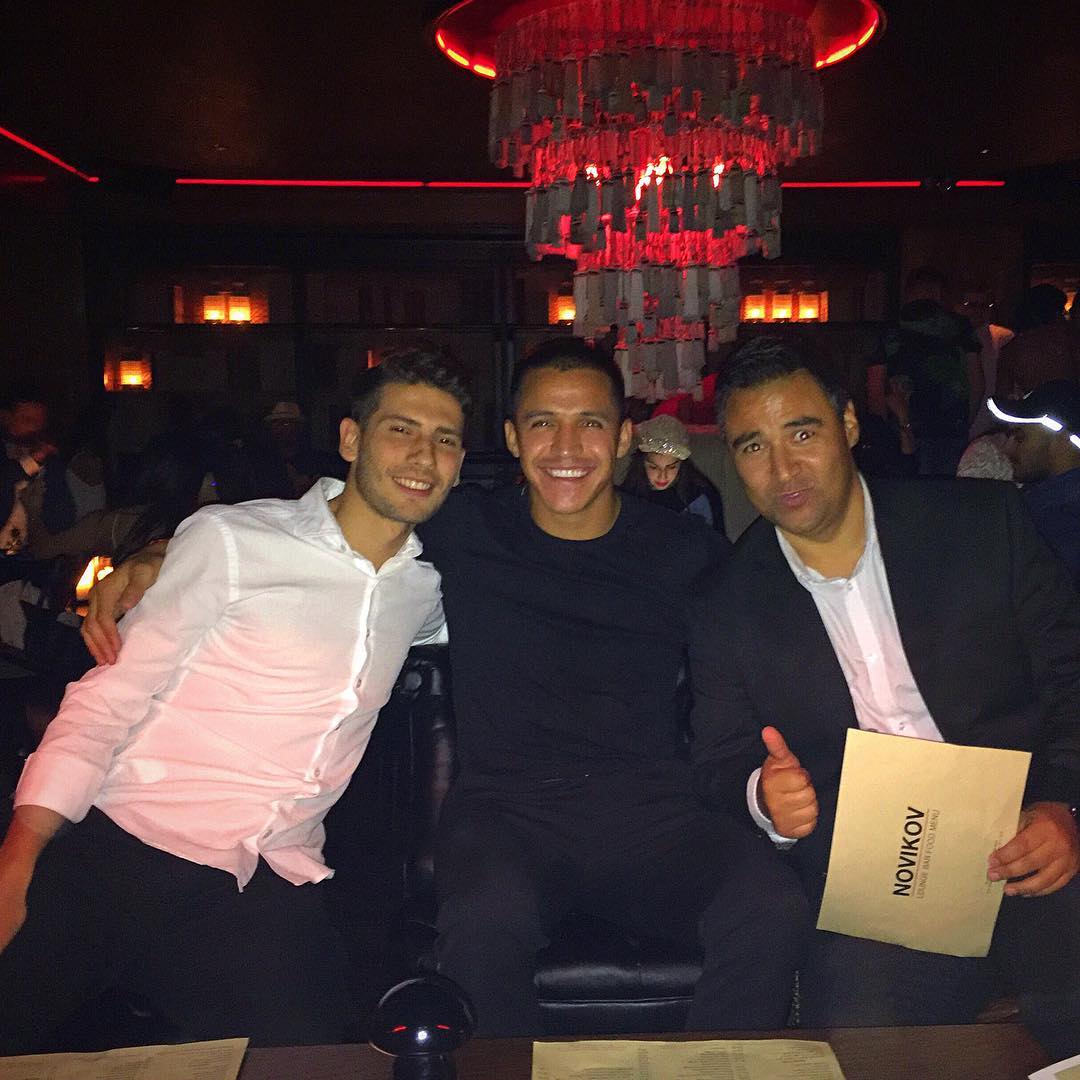 Alexis Sanchez has taken to social media to declare himself to be working hard on his fitness as he turns his attentions towards the new Premier League season with Arsenal.

The Chile international jetted back to the UK recently after enjoying an extended summer holiday following his involvement in the Copa America with his national side.

Sanchez is now back in London and beginning his pre-season training regime as he looks to build up his fitness levels as quickly as possible ahead of the 2016-17 season.

And the 27-year-old attacker posted the picture above of himself enjoying some dinner out at Novikov in Mayfair in London on Sunday evening after gruelling training session.

Sanchez shared the photo on his personal Instagram account and wrote: “After a hard workout, dinner with friends.”

Sanchez helped Arsenal win the FA Cup in his first season at the club after his summer transfer from Barcelona back in 2014.