Photo: Alexis Sanchez takes private jet back to London ahead of Arsenal return 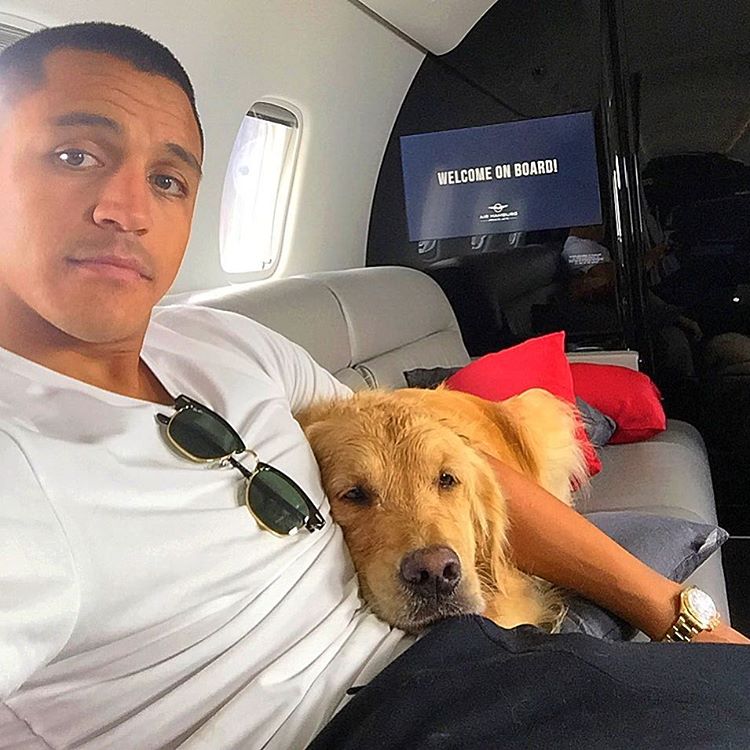 Alexis Sanchez looked in good spirits as he took chartered a private jet to take him back to London as the Chile international turns his attentions towards his pre-season preparations with Arsenal.

The 27-year-old has been given an extended summer holiday by his club after his involvement in helping Chile win the Copa America for the second year running earlier this month.

Sanchez did not travel to America with his Arsenal colleagues for their pre-season tour as Arsene Wenger opted to give the attacker some more time to recover from a gruelling campaign.

And the former Barcelona forward seemed to be in a good mood as he snapped the selfie above of himself with his dog and posted it on his personal Instagram account as he jetted back to the UK.

Sanchez’s fitness levels have been a cause for concern in recent weeks for Arsenal after he suffered a nasty-looking ankle injury in the Copa America final.

However, Wenger moved to play down fears about the problem before Arsenal’s trip to the United States.