Photo: Herrera and Rashford all smiles as Man United jet off to China 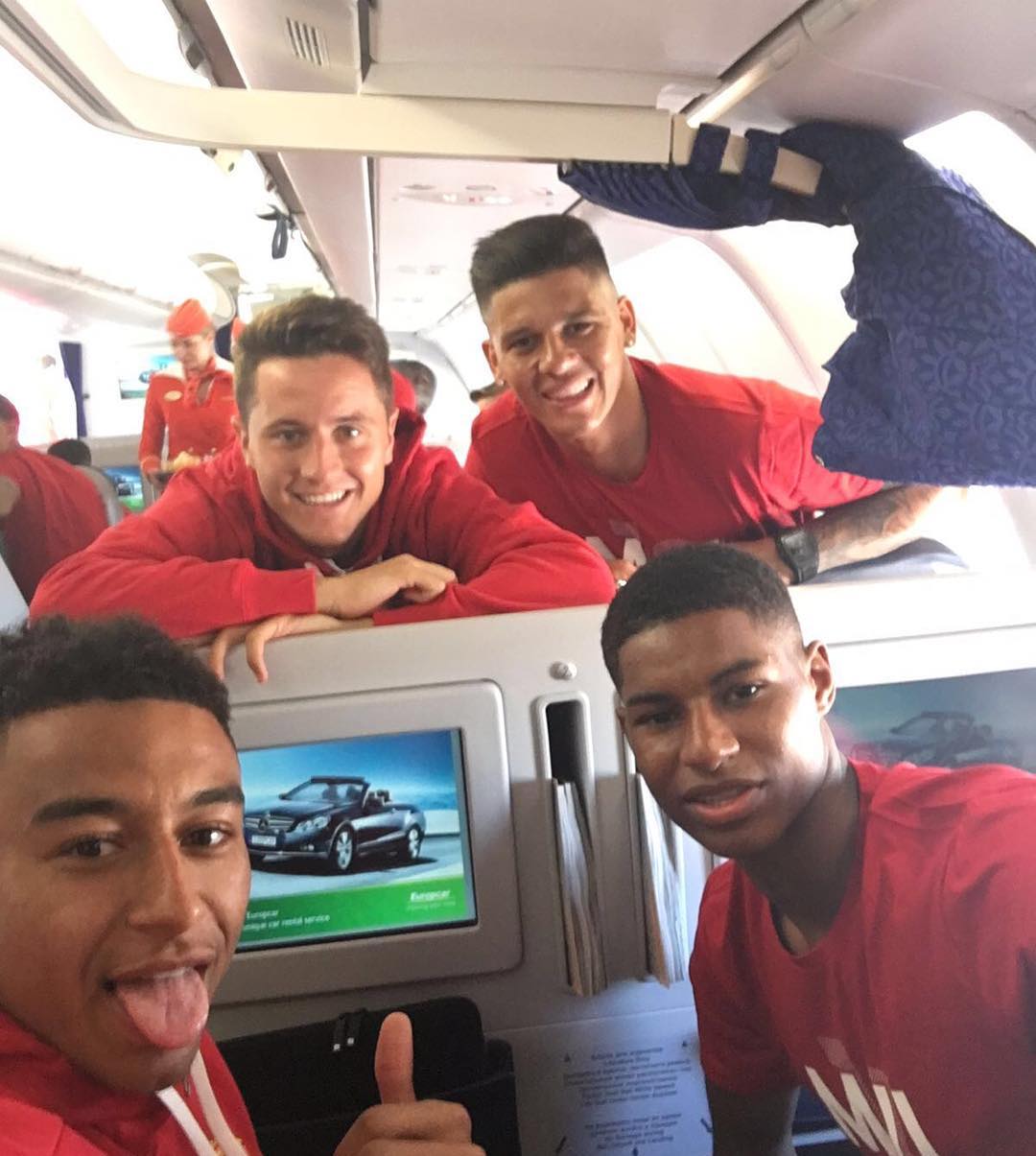 Ander Herrera and Marcus Rashford both looked to be in good spirits as Manchester United prepared for their flight to China for their pre-season tour.

The Manchester United duo were joined by Jesse Lingard and Marcos Rojo as Jose Mourinho and his squad hopped on the plane to continue their pre-season preparations.

Rashford had been given an extended summer holiday following his involvement in Euro 2016 with England but has now linked up with his team-mates for his first taste of life under new manager Mourinho.

And the United squad looked to be in high spirits as they posed for a picture on the plane before their long-haul flight.

Herrera posted the photo above on his personal Instagram account on Tuesday afternoon and wrote: “Off to China.”

The Red Devils won the FA Cup in Van Gaal’s final game in charge back in May.

David Seaman: Who Arsenal need to sign in the summer transfer window