Has Anthony Martial just made a serious social media gaffe? 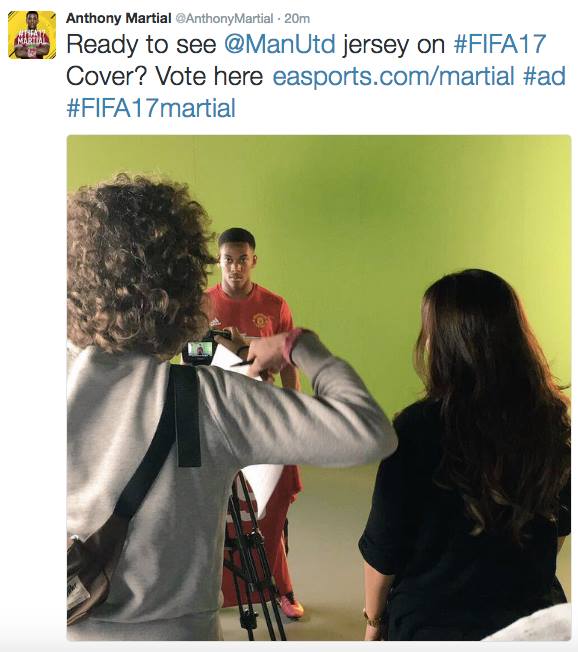 The Red Devils striker tweeted a picture of himself during a photoshoot appearing to don a new shirt as part of a promotional message for the EA Sports Fifa 17 campaign.

However, it appears that the forward may have given slightly too much away, as he hastily deleted the photo and replaced it with a message without a picture.

The snap, shown above, appears to show him in a new-looking all-red shirt as he posed for pictures during a promotional photoshoot.

United are yet to officially reveal their new Adidas home kit for the 2016-17 season, which will be Jose Mourinho’s first campaign in charge of the club.

Martial is currently enjoying some time away from football as he recuperates following his involvement in Euro 2016 with France.

The Red Devils finished fifth in the Premier League table, however, and missed out on qualification for the Champions League.