Photo: Cesc Fabregas all smiles as Chelsea return ahead of Liverpool clash 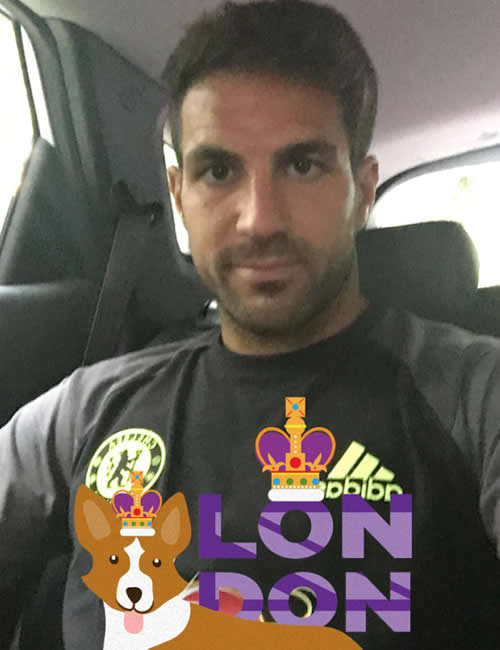 Cesc Fabregas looked happy to be back on British soil on Friday afternoon after Chelsea returned from their pre-season trip to Austria.

The Spanish midfielder linked up with his team-mates in Austria to begin his preparations for the new season last week following his extended summer break.

Fabregas was given a longer summer holiday than many of his team-mates after his involvement in Euro 2016 with Spain.

However, the 29-year-old is now working hard on his fitness levels as he bids to get ready for the new Premier League campaign.

And the Spain international looked to be in good spirits as he snapped the selfie above and posted on his personal Snapchat account (@cescky4) on Friday afternoon.

Fabregas joined Chelsea from Barcelona in the summer of 2014 and helped the west London side win the Premier League title and League Cup in his first campaign at the club.

However, he was forced to settle for a trophyless campaign last term following a disastrous season for the Blues.

Chelsea take on Liverpool in their next pre-season game on Thursday 28 July in the United States.

Photos: Mourinho watches on as Man United are thrashed 4-1 by Dortmund