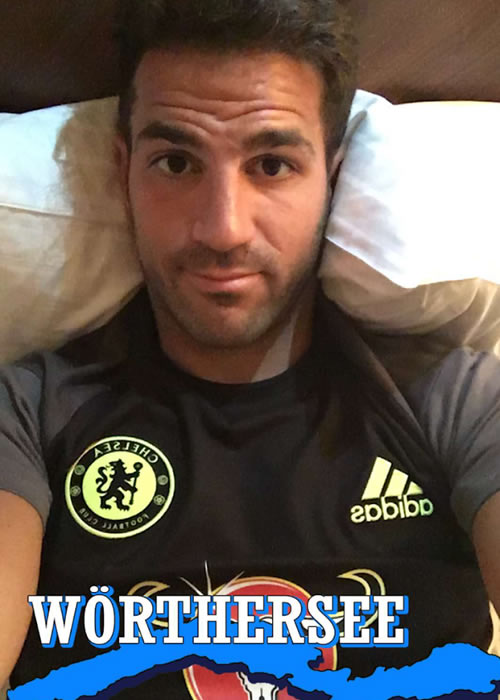 Cesc Fabregas appears to be in high spirits after being given his first taste of life under new Chelsea manager Antonio Conte.

The Spanish playmaker flew to Austria this week to link up with Conte’s men as the west London club continue their preparations for the new Premier League season.

Fabregas had been granted an extended summer holiday after his involvement in Euro 2016 with Spain but now appears to be ready for action as he turns his attentions towards impressing new Chelsea boss Conte.

And the 29-year-old looked to be in a good mood as he snapped the selfie above in his hotel room on Wednesday, and uploaded it without a caption to his personal Snapchat account (@cescky4).

Fabregas will be hoping to impress the newly-appointed Chelsea boss and retain a regular starting spot in the Premier League side’s starting line-up.

The Blues moved quickly to appoint Conte as the club’s new manager earlier this year after Chelsea sacked Jose Mourinho back in December following the club’s disastrous start to the season.