Photo: Cesc Fabregas relaxes in Ibiza with his wife ahead of Chelsea return 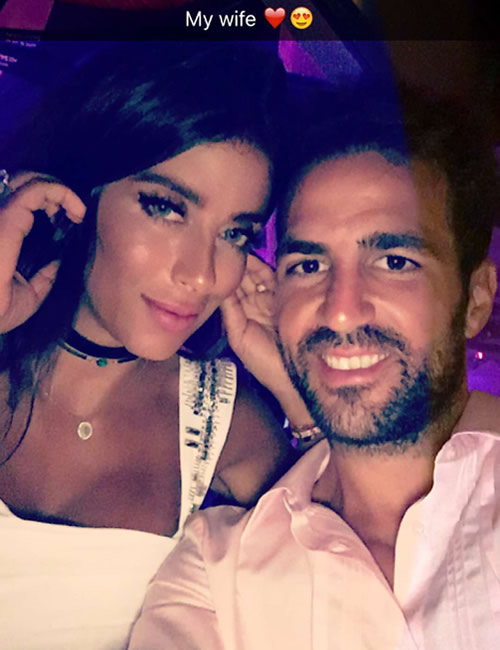 Cesc Fabregas looks like he is enjoying his time away from football as he prepares to report back to Chelsea for pre-season training.

The playmaker is currently taking some well-earned time off after his involvement in Euro 2016 with Spain in recent weeks.

Spain were knocked out of Euro 2016 by Italy and Fabregas has since been soaking up some summer sun with his family.

The 29-year-old former Arsenal captain is currently unwinding in Ibiza and looks to be in high spirits as he posed for a picture with his wife Daniella Semaan.

Fabregas shared the picture above on his personal Snapchat account on Thursday night and wrote: “My wife.”

Former Barcelona star Fabregas is preparing for his first taste of management under Antonio Conte as the Italian coach gears up for his first season in the Premier League.

Conte is expected to officially take over at Chelsea next week as he prepares for the 2016-17 season at Stamford Bridge.