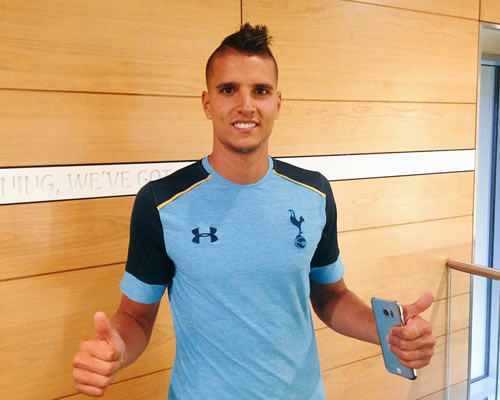 Erik Lamela has taken to social media to reveal his excitement at being back in England ahead of pre-season training with Tottenham.

The Argentina international has been enjoying some well-earned downtime away from football in Ibiza in recent weeks after his involvement in the Copa America with his national side.

However, the playmaker is now back in London and reported to Tottenham’s Spurs Lodge training complex on Thursday to begin his preparations for the new season.

Lamela shared the photo above on the app and wrote: “Preseason begins, happy to see the guys again let’s go to work! #COYS”

The Lilywhites challenged for the title for much of the campaign but ended up having to settle for a third-placed finish behind bitter local rivals Arsenal in the table, and champions Leicester City.