Photo: Hector Bellerin relaxes with his stunning girlfriend ahead of Arsenal return 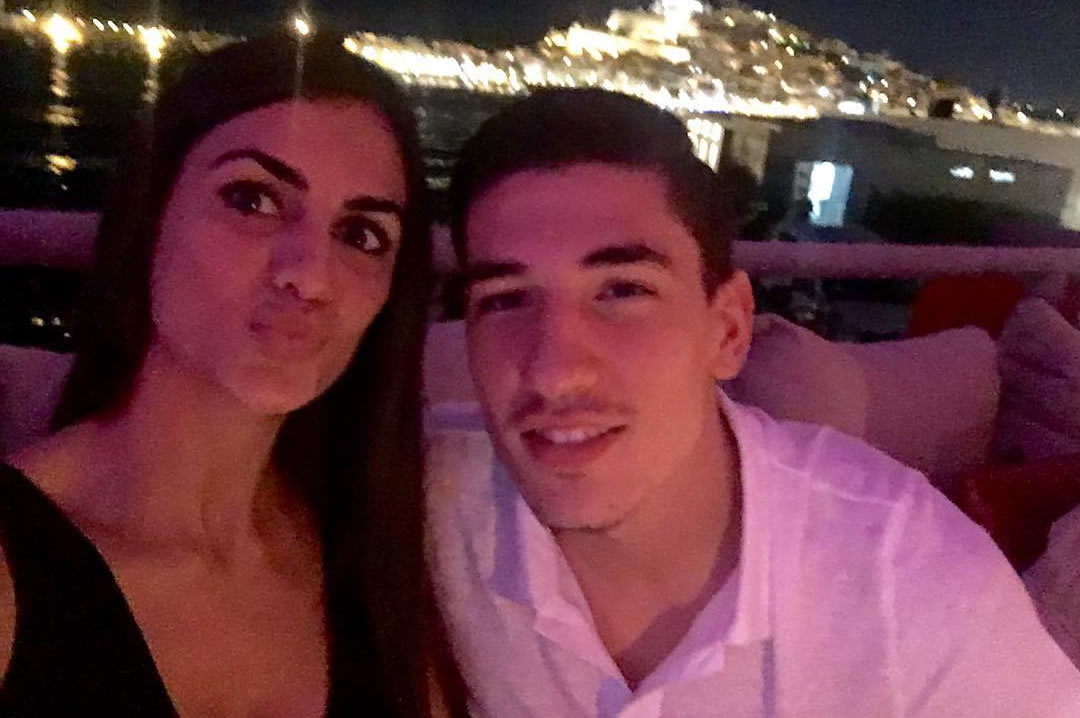 Hector Bellerin is enjoying some well-earned downtime in Ibiza with his girlfriend Berta Requeno as the Arsenal star recharges his batteries ahead of next season.

The full-back was on international duty with Spain at Euro 2016 before Vicente Del Bosque’s side were knocked out of the tournament by Italy this week.

Bellerin has enjoyed a sparkling rise to prominence since breaking into the first team at Arsenal and is widely regarded as one of the Gunners’ most promising young players.

His fine form has seen him linked with a possible return to Barcelona in the summer transfer window, although the Spanish club’s officials ruled out a bid last month.

However, the full-back looked to be enjoying putting his feet up and forgetting about football as he posed for a picture with his girlfriend in Ibiza on Friday night.

Bellerin’s girlfriend Requeno shared the photo above of the couple on her personal Instagram account and wrote: “Back to where it started. #twoyearslater”

The 21-year-old Bellerin scored one goal and made six assists in all competitions for Arsenal last season as they ended up second in the Premier League table.

He is due to report back to Arsenal for pre-season training later this month.