Photo: Arsenal star Hector Bellerin soaks up the sun with his stunning girlfriend 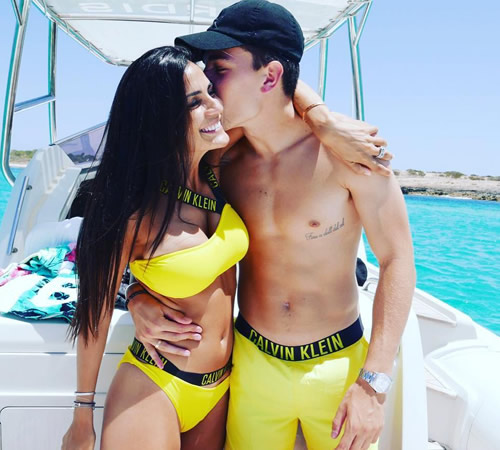 Hector Bellerin looks to be recharging his batteries in style as he enjoys a summer break to Spain with his girlfriend.

The Arsenal full-back is currently enjoying some well-earned downtime after his involvement in Euro 2016 with Spain came to an end following their defeat by Italy.

He scored one goal and made five assists in the top flight as Arsenal finished second in the table, 10 points behind champions Leicester City.

And the defender looked to be fully relaxed as he posed for a picture with his girlfriend Berta Requeno on a boat during their visit to Spanish island Formentera.

Requeno shared the picture above on her personal Instagram account on Sunday and wrote: “Matching @hectorbellerin #Formentera”

The 21-year-old Bellerin also made six appearances for Arsenal in the Champions League last season.

He will be expected to report back for pre-season training at London Colney later this month.