Jack Wilshere has been enjoying some family time this week... 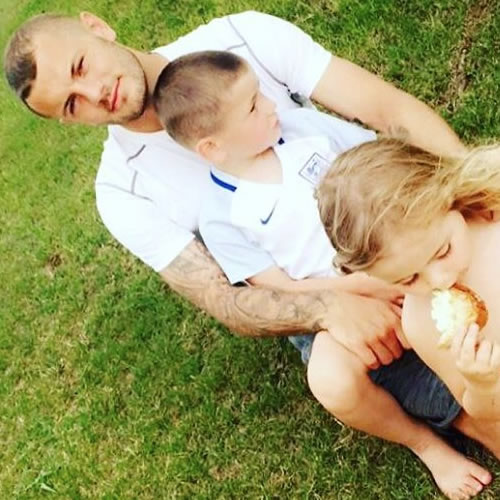 Jack Wilshere enjoyed a break from Arsenal’s pre-season training preparations as he spent some quality time with his two children on Thursday.

The England midfielder has reported back to his club to begin his preparations for the new campaign after soaking up some sunshine on holiday in recent weeks.

Wilshere will be hoping that he can get his fitness levels as high as possible as he bids to enjoy an injury free campaign with the Gunners next season.

The midfielder missed most of last season after suffering a serious ankle injury in the lead-up to the 2015-16 campaign.

However, Wilshere looked to be in good spirits as he spent some time with his son and daughter this week.

Wilshere posted the picture above on his personal Instagram account and wrote: “Good to have my babies back….I’ve missed them!!”

Arsenal finished second in the Premier League table last season, 10 points behind surprise champions Leicester City as Arsene Wenger’s men were forced to end the campaign without a trophy.

The north London side have not won the Premier League since 2004.