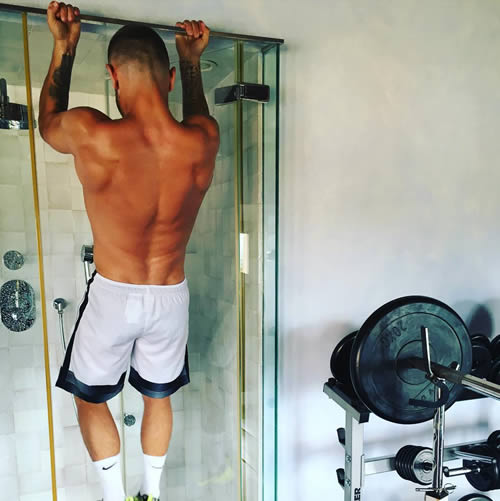 Jack Wilshere has taken to social media to show that he is already working hard on improving his fitness ahead of next season.

The Arsenal midfielder was part of the England squad who were knocked out of Euro 2016 in disappointing fashion following their 2-1 loss to Iceland in the last 16 last month.

Wilshere endured a frustrating season for the north London club and only made his return to action towards the end of the campaign after suffering a broken ankle during pre-season training.

The midfielder is clearly now determined to make sure that he heads into the 2016-17 season in peak physical shape as he bids to win back his place in Arsene Wenger’s first team.

And Wilshere has been putting in the hard graft behind closed doors as he prepares to report back to London Colney for pre-season training.

Wilshere posted the picture above on his personal Instagram account, along with the caption: “What’s done is done, all I can do now is prepare for next season the best I can!”