Photo: Jose Mourinho poses with his wife ahead of Man United return 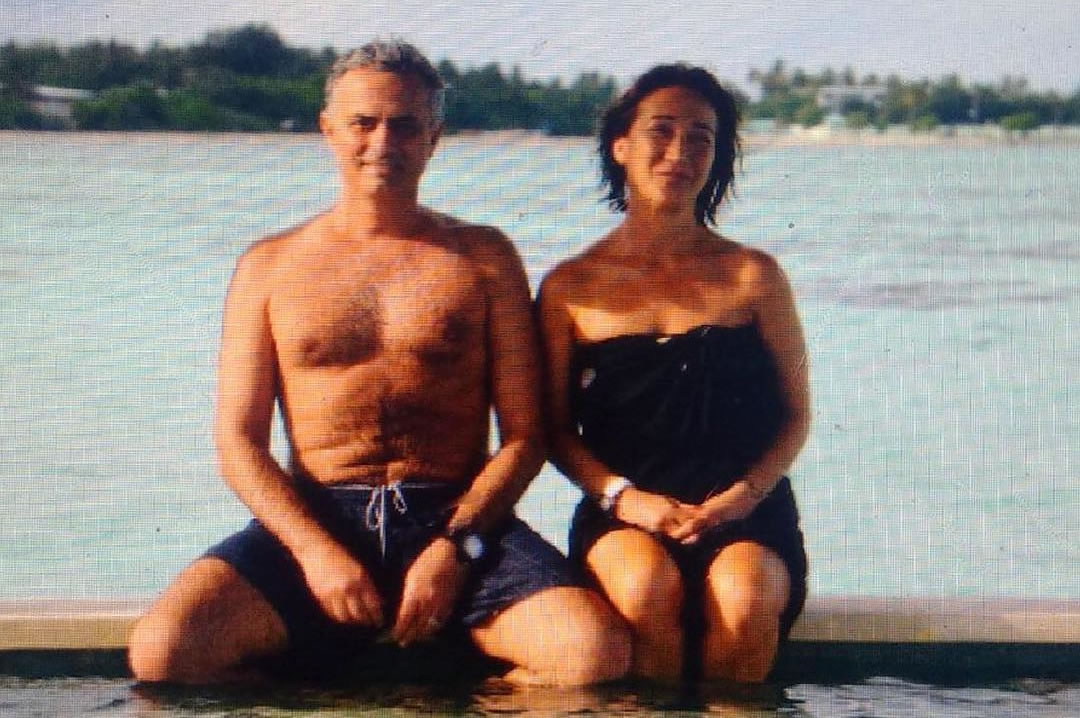 Jose Mourinho was all smiles with his Matilde as he enjoyed his summer holiday in the Maldives ahead of his first season in charge at Manchester United.

The Portuguese coach has been appointed as the club’s new manager on a three-year contract after the Red Devils opted to sack Louis van Gaal at the end of last season.

Mourinho has been charged with restoring United to the top of English football after their disappointing fifth-placed finish in the Premier League last season.

The former Chelsea boss has already moved to bolster his Red Devils squad this summer with the signings of defender Eric Bailly and striker Zlatan Ibrahimovic.

Mourinho is still believed to be on the lookout for a number of other new signings ahead of his first campaign at Old Trafford.

However, he looked to be in a relaxed mood as he posed for a picture with his wife while on his summer holiday, and then posted the picture onto Instagram.

Mourinho is due to take his first pre-season training sessions as United boss next week.