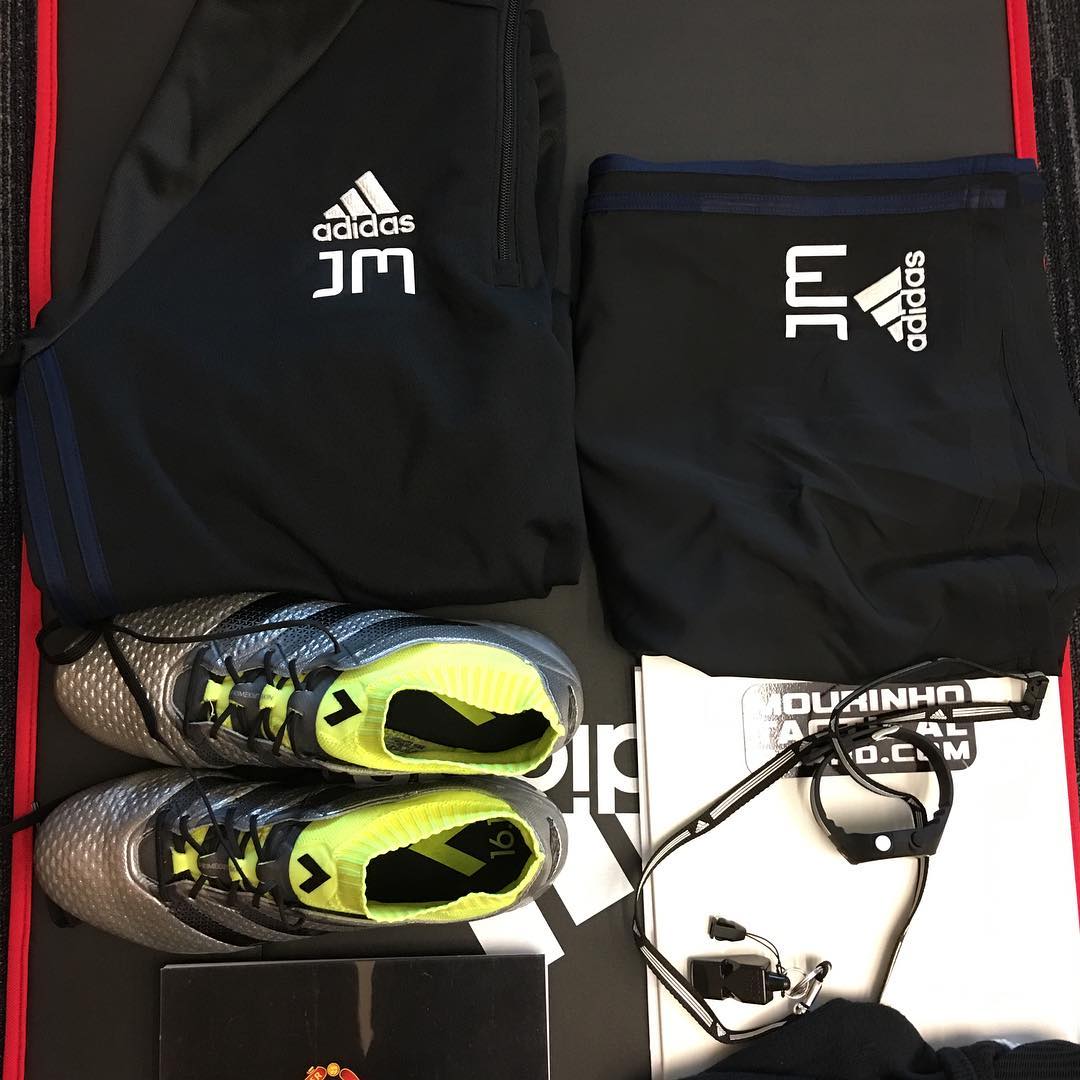 Jose Mourinho has taken to social media to show off his latest box of kit as he continues to oversee Manchester United’s pre-season preparations at Carrington this week.

The Portuguese coach was officially unveiled as the club’s new manager on Tuesday and was paraded in front of the media for the first time as United boss following his appointment on a three-year contract back in May.

Many of Mourinho’s new players – including Juan Mata – have reported back to United’s Carrington training base this week as the Red Devils prepare for their first season under their new manager.

And Mourinho is clearly excited to be back on the training pitch once again, if his latest post on Instagram is anything to go by.

The former Chelsea manager shared the photo below of his Adidas kit as he continues to prepare his side for their new campaign under his management.

Manchester United opted to appoint Mourinho as the club’s new manager after sacking Louis van Gaal at the end of last season.

Mourinho has already moved quickly to bolster his squad in the summer transfer window by signing defender Eric Bailly, striker Zlatan Ibrahimovic and playmaker Henrikh Mkhitaryan so far this summer.

Manchester United finished fifth in the Premier League table under Van Gaal last season and will be hoping for an improvement under Mourinho.