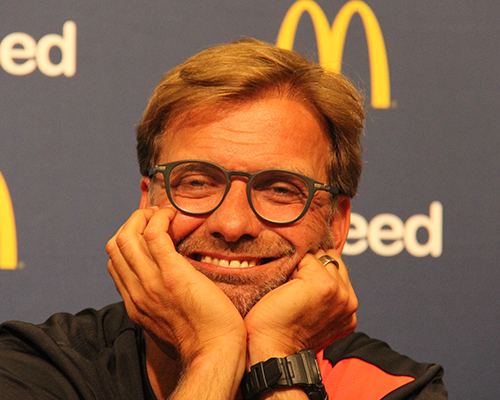 Mane the pick of Liverpool signings

After the frustration of missing Liverpool’s 1-0 defeat by Chelsea in Pasadena mid-week, Georginio Wijnaldum was handed his debut against AC Milan on Saturday evening. The new number five was used in an advanced role with Jordan Henderson providing cover. But Wijnaldum’s maiden performance was overshadowed by Sadio Mane in the first half. The Senegal international was a constant threat for the Reds, having joy taking on Luca Antonelli down the right wing. The £30m signing was full of cunning tricks but also had the awareness to play the right pass at the right time. The one blotch on his match report was an overhit cross for Daniel Sturridge with just Milan shot stopper Gabriel to beat. Mane had his chance to cap a lively first half just before half-time but the former Southampton forward couldn’t lift his finish over Gabriel’s legs after the ball was played across the Milan area. But Mane’s addition looks to have added real pace down the wing which Liverpool missed last season following Raheem Sterling’s move. Ragnar Klavan impressed too alongside Dejan Lovren as the Estonia international capitalised on Mamadou Sakho’s enforced absence.

Origi lays down marker for Sturridge

Divock Origi briefly became Liverpool’s first-choice striker for a spell in March and April before a horror tackle in the Merseyside derby brought to an end his run in the Liverpool first-team. The 21-year-old scored five times in five games, including important goals against Borussia Dortmund and Everton during that run. Daniel Sturridge started ahead of Origi on Saturday evening in San Jose but the England man was limited to one blocked shot on the Milan goal. The Belgian was brought on at half-time and within minutes had the Rossaneri defence scrambling back towards their goal. And it was Origi who made the breakthrough 12 minutes into the second half. The former Lille man shuffled the ball onto his right foot on the edge of the area before clinically whipping a finish into the far corner of the net. It was the bit of quality that the International Champions Cup finish had been missing. Origi’s goal was also a warning shot at Sturridge, who remains the fans’s favourite if the Levi Stadium cheers are any indication of his popularity.

After four successive victories on English soil, Klopp’s men fell foul of their bitter rivals Chelsea in southern California earlier this week. The result was a blow to Liverpool’s building momentum but the Reds also paid a price in terms of injury with Loris Karius breaking his hand following a collision with Dejan Lovren. Against Milan, the five-time European champions stepped up with a dominant performance as Liverpool controlled possession, won the ball back quickly and generally limited Milan to few excursions out of their half. With Vincenzo Montella’s side tiring in the second half, Liverpool were able to exploit a lack of pace in their side thanks to Origi, Sheyi Ojo and Roberto Firmino.