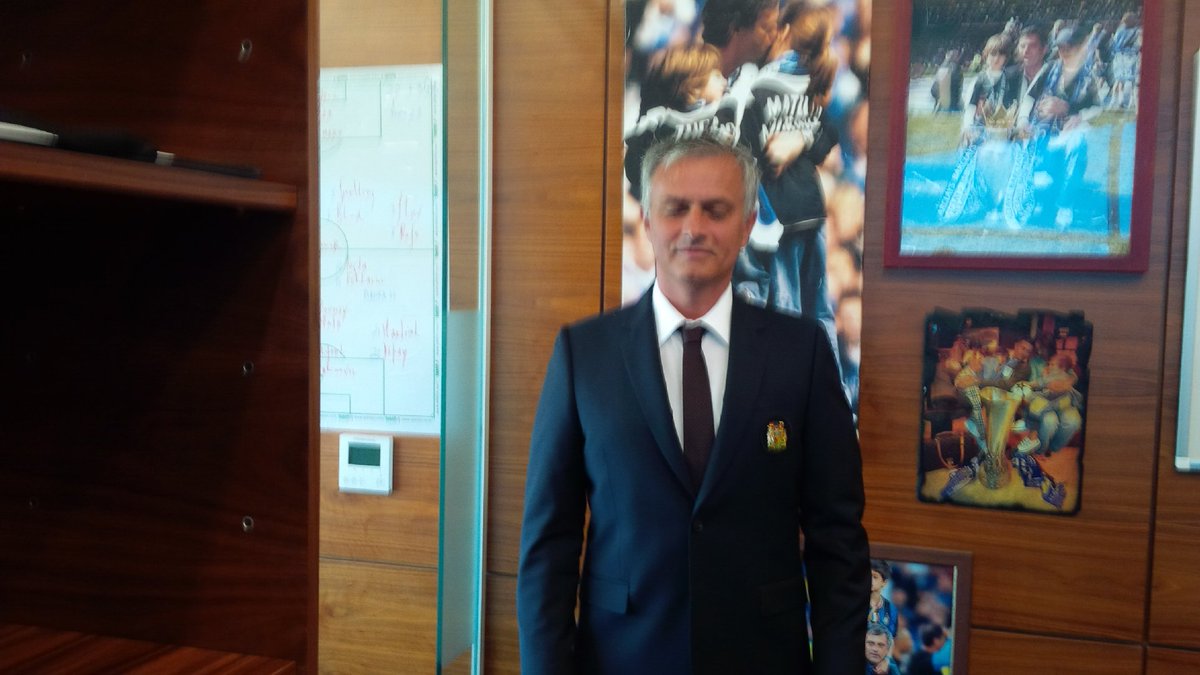 Jose Mourinho’s association with Chelsea may have come to a disappointing end when he was sacked last December – but it appears that the newly-appointed Manchester United manager still has a more than special affection for the west London club.

That’s because the photo above, snapped by his wife Matilde and posted on Twitter, shows that Mourinho has decorated his office at Carrington with pictures of his successes at Chelsea.

One picture clearly shows a young Mourinho celebrating with the Premier League trophy at Stamford Bridge, and another with his two children at the west London club’s home ground.

There is also a snap of his success during his time in charge of Inter Milan, who he guided to two Serie A titles.

Mourinho posed for the picture on Tuesday afternoon as he and his Red Devils squad prepared to jet off to China for their pre-season tour.

The Portuguese coach oversaw his first victory as Manchester United boss at the weekend as the Red Devils beat Wigan Athletic 2-0 at the DW Stadium.

Photo: Liverpool striker steps up his own pre-season training on holiday