All Timothy Fosu-Mensah wanted was to get some shut-eye... 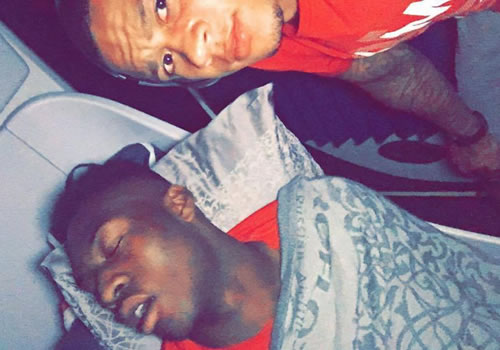 Memphis Depay could not help himself when given the chance to snap a picture of Timothy Fosu-Mensah snoozing as Manchester United jetted off to China this week.

The Red Devils headed to Shanghai on Tuesday afternoon to continue their pre-season preparations under new manager Jose Mourinho.

Depay joined up with his United team-mates earlier in this month as he looks to improve on his mixed first season at Old Trafford after joining from PSV Eindhoven last summer.

Fosu-Mensah clearly thought that the flight to China was the perfect opportunity for him to catch up on some sleep.

However, his compatriot Depay could not let the opportunity to humiliate his team-mate pass him by.

Depay posted the picture above on his personal Instagram account on Wednesday afternoon and wrote: “Say hello to my new roomy @tfosumensah51 #airplanemode #MUFC #ZZZ”

The club moved quickly to appoint Mourinho as their new manager back in May following the sacking of Van Gaal.