Michy Batshuayi looks thrilled to have completed his transfer to Chelsea 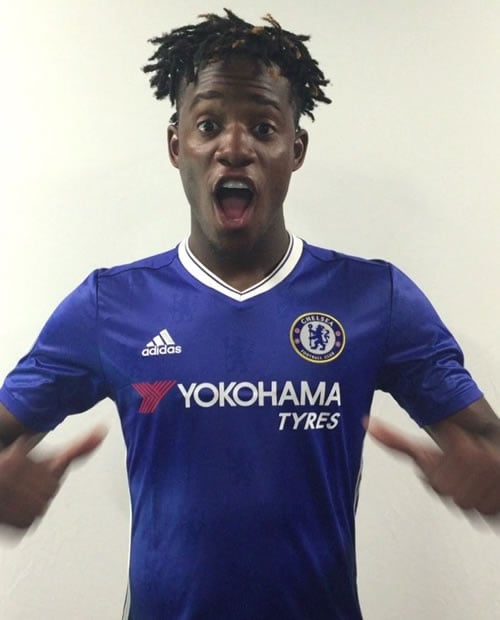 Michy Batshuayi looked to be in good spirits as he pulled on a Chelsea shirt for the first time on Sunday after becoming the west London side’s first signing of the summer transfer window.

The 22-year-old Belgium forward had been heavily linked with a move to Stamford Bridge and finally put pen to paper on a five-year contract with the west London club on Sunday after joining from Marseille.

The Blues announced the deal via a statement posted on the club’s official website on Sunday afternoon.

Chelsea shared the image above and below on the club’s official Instagram feed on Sunday as they announced their first signing of the summer.

And it’s fair to say that Batshuayi looked pleased to have put pen to paper on his deal with the Blues.

Batshuayi will link up with fellow Belgians Thibaut Courtois and Eden Hazard at Stamford Bridge.