Photo: Petr Cech back at Arsenal as he bids to end wait for title

Petr Cech is back at Arsenal's training ground and ready for action... 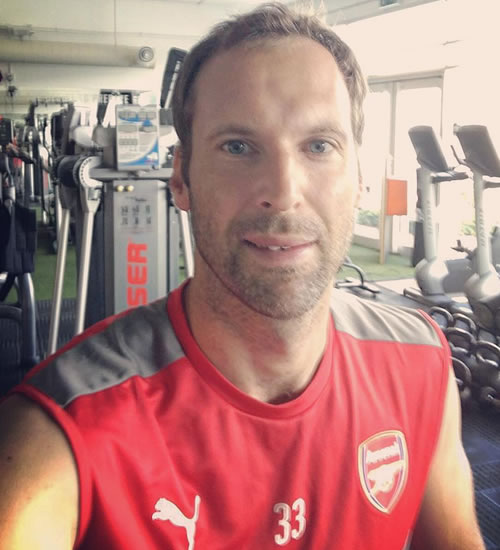 Petr Cech has taken to social media to reveal that he is thrilled to be back training at London Colney with Arsenal ahead of his second season at the north London club.

The former Chelsea goalkeeper signed for the Gunners last summer but was unable to help Arsene Wenger’s men win a trophy in his first campaign at The Emirates.

Arsenal were widely criticised for failing to sustain a Premier League title challenge last season as they ended up second in the table and 10 points behind surprise champions Leicester City.

Cech has plenty of experience of Premier League success with Chelsea and will be hoping to carry some of that know-how to Arsenal next season.

And the veteran shot-stopper looked pleased to be back in training as he begins his preparations for the new season at London Colney.

Arsenal won the FA Cup in 2013 and 2014 but have not lifted the Premier League trophy since their famous unbeaten triumph in the 2003-04 season.