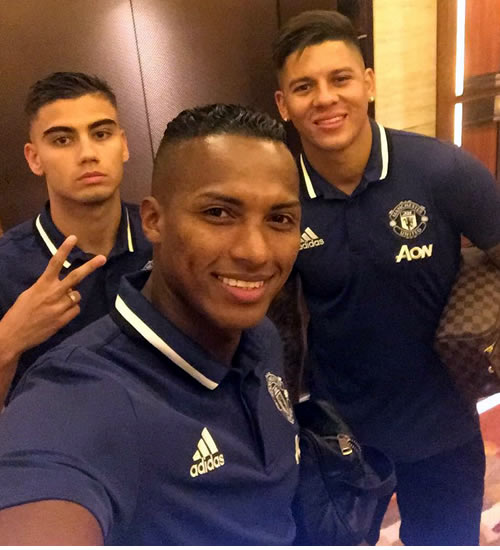 Antonio Valencia looks to be in good spirits after joining up with the Manchester United squad for the club’s pre-season tour of China.

The Ecuador winger is getting ready for his first taste of life under new manager Jose Mourinho at Old Trafford as the Red Devils squad step up their preparations for the new Premier League season in Shanghai.

Valencia will be hoping to prove himself to the newly appointed United boss as he bids to earn a regular starting spot in the Red Devils side next season.

And the former Wigan Athletic winger looks to be ready for action as he prepares to step up his preparations for the new campaign.

Valencia snapped the picture above of himself with Marcos Rojo and Andreas Pereira, posted it on his personal Instagram account and wrote: “Ready to start work @andreaspereira44 @marcosrojo”

The Red Devils won the FA Cup in the Dutchman’s last game in charge.