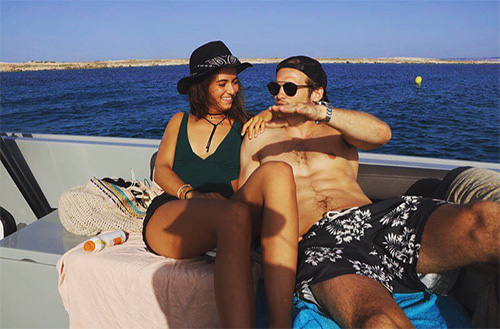 Daley Blind appeared to commit his future to Manchester United on Instagram despite being linked with a move to Arsenal.

The Netherlands international has been touted as one of the United players who could leave Old Trafford this summer following Jose Mourinho’s appointment as manager last month.

Arsenal manager Arsene Wenger has been linked with a surprise move for the former Ajax defender as the Gunners look to bolster their defensive options ahead of the 2016/17 Premier League season.

However, Blind took to Instagram to provide United supporters with an update ahead of his return to the Red Devils for an exciting pre-season campaign under new manager Mourinho.

Blind wrote the following caption on the photo-sharing app: “Great day on the boat yesterday, enjoying the last couple of days. My mind is rested and ready for next season! #DB17 👊🏻☀️”

The Dutch star scored one goal and made one assist in 35 Premier League appearances for the 20-time English champions last season.