Mesut Ozil is looking sharp on holiday as he prepares for the new season with Arsenal... 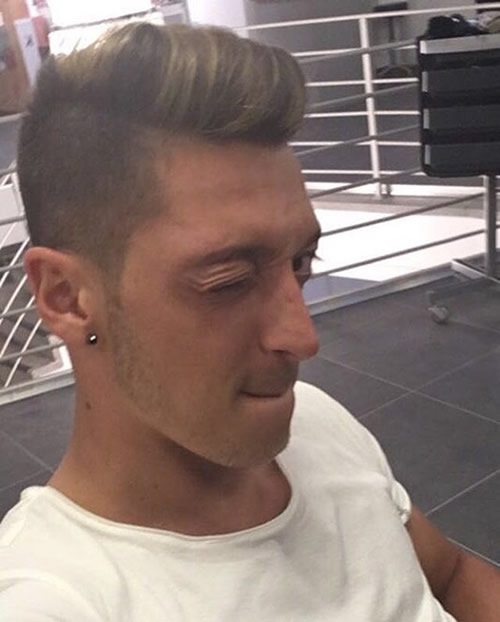 Mesut Ozil looks to have put the disappointment of Germany’s Euro 2016 exit behind him as he enjoys a well-earned holiday in Los Angeles.

The Arsenal playmaker was unable to prevent Germany from slipping to a 2-0 defeat by France in Thursday night’s semi-final at the tournament.

Ozil has wasted little time in jetting off to warmer climes after Germany’s exit, and is now currently soaking up some sunshine in California.

And the 27-year-old took to social media to show off his latest haircut as he enjoys his holiday in LA.

Ozil posted the selfie above on his personal Instagram account on Saturday evening and wrote: “New season, new look.”

Many of Ozil’s Arsenal team-mates have already reported back to London Colney for pre-season training as Arsene Wenger’s men begin their preparations for the new campaign.

Ozil joined Arsenal from Real Madrid in 2013 and won the FA Cup in his first two seasons at the club, but was forced to settle for a disappointing trophyless campaign last term as the Gunners finished second in the Premier League table.