Mesut Ozil relaxes ahead of his return to action for Arsenal 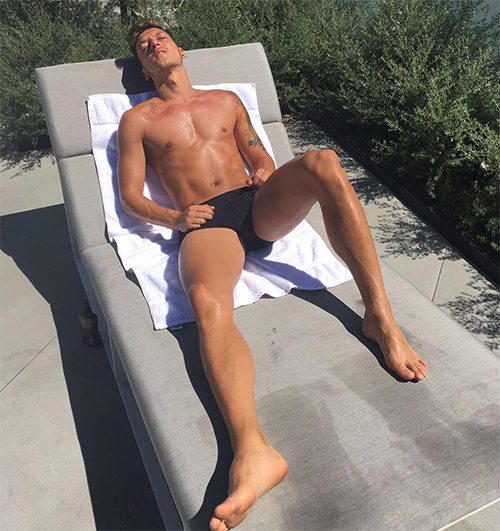 Mesut Ozil was making the most of his final days of freedom before the new Premier League season with Arsenal.

The Germany international is currently enjoying an extended summer break following his involvement in the world champions’s failed attempt to win the European championship in France this summer.

Ozil was unable to inspire Joachim Low’s side to victory over hosts France as Antoine Griezmann netted twice to fire les Bleus to a 2-0 semi-final win at Stade de France.

The Arsenal midfielder has been hanging out with Liverpool star Emre Can during his summer holidays before the German pair renew their rivalry in the Premier League next term.

However, Ozil was sunbathing alone as the Arsenal midfielder posted a photo of his relaxation time on his Instagram page on Monday afternoon.

Ozil wrote the following caption on the photo-sharing app:

The north London side start their Premier League campaign with a home clash against bitter rivals Liverpool on 14 August.

The Germany playmaker moved to Arsenal in a £42.5m deal from La Liga giants Real Madrid in August 2013.