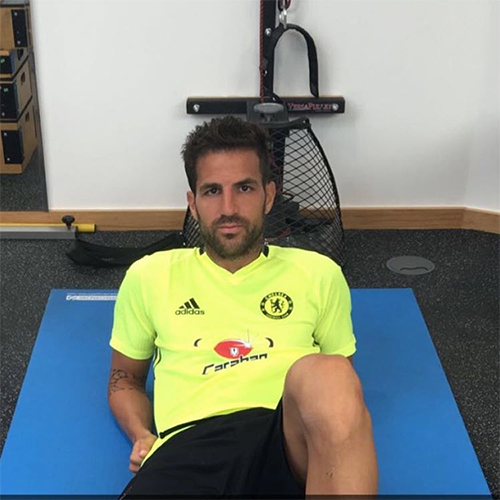 Cesc Fabregas managed to contain his apparent excitement at the prospect of returning to Chelsea to work under new manager Antonio Conte.

The Blues midfielder has been enjoying some downtime after Spain’s disappointing European championship campaign which ended in a last-16 exit.

La Roja lost 2-0 to Conte’s Italy side in the first round of the knockout stage as their run of winning the European championship came to an end after success in 2008 and 2012.

Fabregas jetted off to his native Spain to catch some rays before linking up with the Blues squad ahead of the 2016/17 Premier League season.

The former Barcelona manager will be looking to impress Jose Mourinho’s permanent successor after Conte took charge of his first training session at the west London club last week.

And the World Cup winner sent a message to Blues supporters on his Instagram page ahead of linking up with his Chelsea team-mates and new manager Conte.

Fabregas posted the above photo on his Instagram page and wrote the following caption:

The Chelsea midfielder won his first Premier League title in 2014 after failing to win the top-flight crown during his career at Arsenal.